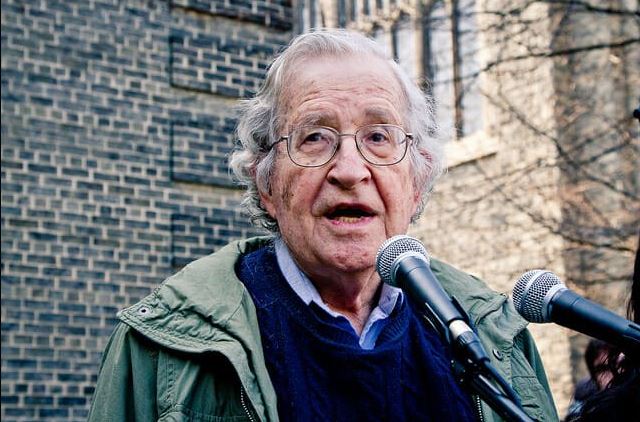 Also known for his political commentary on global issues, which the academic frequently shares with the media through video interviews and social media commentary, Chomsky described his experience with imprisoned Lula in an opinion essay published in alternative news publication The Intercept.

Often described as “the father of modern linguistics,” Chomsky took advantage of the opportunity to tell the world how the former PT leader is being kept in solitary confinement, with visits limited to just one per week.

The academic also commented on one judge’s decision to prohibit a newspaper interview between Lula and national newspaper Folha de S.Paulo, deeming it an attempt by authorities to manipulate media coverage during the election period.

“They want to ensure that the population, as it prepares to vote, cannot hear from him at all, and are apparently willing to use any means to accomplish that goal,” he wrote.

Lula is currently serving a 12-year prison sentence on charges of corruption, which was appealed several times by the UNHRC (United Nations Human Rights Council). However, the politician’s right to participate in this month’s presidential elections was recently denied by Brazil’s highest electoral court, a decision which saw thousands take to the streets to show their support for the left-wing leader.

Amongst other accusations, Chomsky writes that Lula’s inability to run for president this year gives his rival – far-right opponent Jair Bolsonaro – a higher chance of winning. He even compares Lula’s imprisonment to ex-President Dilma Rousseff’s 2016 impeachment which, in his words involved “ludicrous proceedings.”

The essay ends with a comment from Chomsky questioning the severity of the corruption charges which led to Lula’s imprisonment, arguing that although he believes that corruption is “endemic” in Brazil and Latin America, it is “not confined to the developing world.”

Why are Brazil’s entrepreneurs backing Bolsonaro?