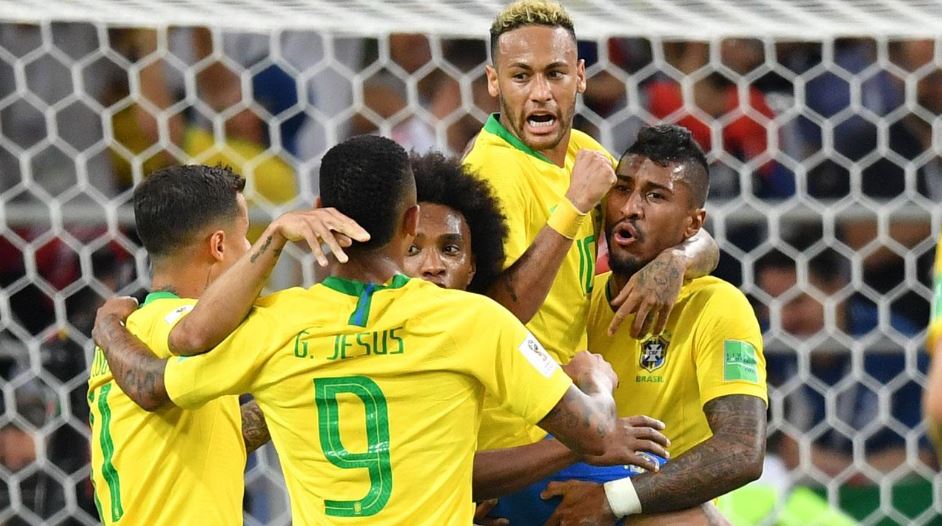 Brazil has finished atop their World Cup group after easily accounting for Serbia 2-0 on Wednesday.

The Portuguese-speaking powerhouse proved why they are one of the favourites to win this year’s crown with a classy display against the Serbians, ranked 31st in the world.

Brazilian domination was evident in the numbers: the side held almost 60% of play and managed 14 shots on goal with six on target.

Paulinho got the scorecard underway in the 35th minute after receiving a lovely cross to pop the ball over the keeper. Thiago Silva put the result beyond doubt with a powerful header from a corner-kick in the 68th minute. Serbia were not without their chances, registering 10 shots on goal, but poor accuracy prevented them from posing any real threat.

This year’s competition marks the 13th consecutive World Cup where Brazil has reached the Round of 16. For those keeping count, that is an unbroken run of qualification since 1970.

Most bookkeepers put the team as a firm favourite to take out the competition, with other top picks including Spain, Belgium and England.

Brazil coach Tite said in a press conference after the match that his team was embracing the expectations placed upon them after solid performances in the group stage.

“With bookmakers it is all very random. For us it is about getting stronger and growing,” he said.

“We embrace expectations, but this team has created a high expectation because it did very well during qualifying and in the friendlies.”

Switzerland progress from Group E in second place, with Serbia and Costa Rica heading home at 3rd and 4th respectively.

Brazil will now look to their next opponent Mexico, who scraped through the group stages thanks to a surprise South Korean win over Germany. The Mexicans could have snatched the top spot of Group F but failed to fire against Sweden in a 3-0 loss.