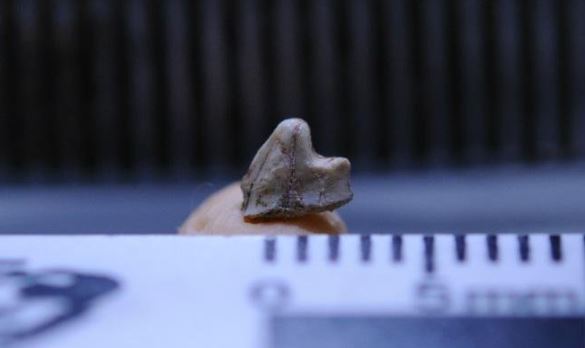 A tooth-shaped fossil of Brazil’s oldest mammal, thought to have been between 70 and 87 million years old, has been found in the north-westerly region of the state of São Paulo, reported Science Daily.

The prehistoric fossil, discovered by a team led by University of São Paulo professor Max Langer, has been named ‘Brasilestes Stardusti’ as a tribute to pop star David Bowie, who died in 2016. 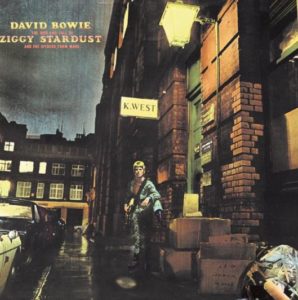 Its name is inspired by Bowie’s 1972 album ‘The Rise and Fall of Ziggy Stardust and the Spiders from Mars,’ often shortened simply to Ziggy Stardust, which became Bowie’s nickname during his career.

Brasilestes Stardusti is the only Brazilian mammal known to have coexisted with the dinosaurs, living through what is known as the Mesozoic era, of which some 30 species are believed to exist.

“We were visiting Mesozoic outcrops when Júlio Marsola [another member of the team], keen-sighted as a lynx, spotted a small tooth sticking up out of a rock,” Castro, a professor at the Federal University of Goiás (UFG), told Science Daily.

In Mesozoic times, most mammals were reportedly much smaller, around the same sort of size as mice. The tooth fossil is believed to measure 3.5 mm, which, according to palaeontologist experts, is “small and incomplete” with the roots missing, said Royal Society Open Science author Mariela Cordeiro de Castro. Despite this, upon further investigation of the fossil, it seems Brasilestes Stardusti was much a larger animal than average, similar to the size of a possum.

With most Mesozoic animals found in the region of Patagonia, “the discovery of Brasilestes raises many more questions than answers about the biogeography of South American Mesozoic mammals,” reported lead investigator Langer. “Thanks to Brasilestes, we’ve realized that the history of Gondwana’s mammals is more complex than we thought,” he said in a statement.

The team who made the historic discovery decided, therefore, that they would dedicate the fossil’s name to Brit pop icon David Bowie, having uncovered it just a month before his death. That way, reported Silicon, his legacy would live on in both music and science.

Brazil has long since had a connection and admiration for David Bowie and his work. In 2005, Brazilian musician Seu Jorge recorded an entire album of David Bowie covers in Portuguese, entitled The Life Aquatic Studio Sessions, for the Wes Anderson film ‘The Life Aquatic with Steve Zissou’.