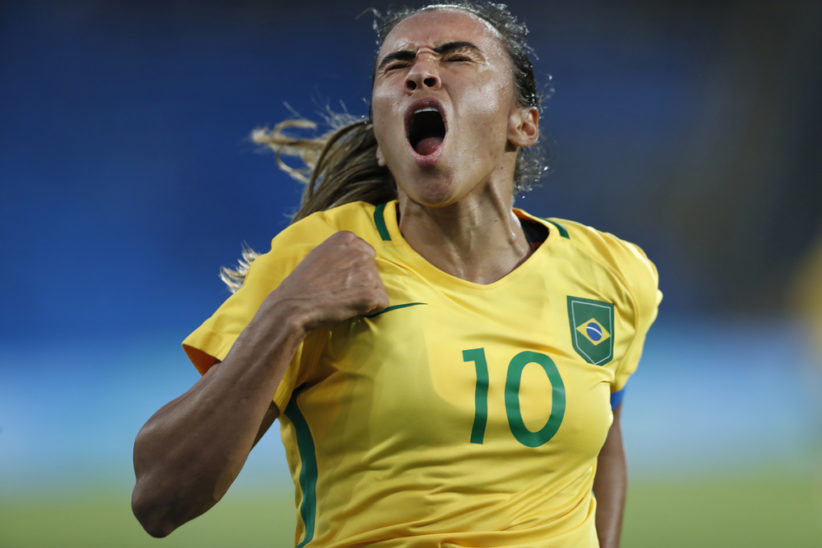 Brazil’s Marta Vieira da Silva – affectionately known as Marta – has been named world female player of the year by the International Federation of Association Football.

Nicknamed, “Pelé in skirts” by the Brazilian football legend himself, at the age of 32 Marta was recognised for her continued sporting achievements at the ceremony which took place in London’s Royal Albert Hall earlier this week.

Growing up in the working class town of Dois Riachos in the northeast of Brazil, Marta’s passion for football throughout her childhood was met with criticism and prejudice. Hers was the first generation to allow young girls to engage in the sport following the national ban that was imposed from 1940-1979, resulting in football not being seen as a woman’s sport.

Aged 14, Marta travelled to the city of Rio de Janeiro to pursue her dream and career after being invited to join a women’s team in the city.

In a letter she wrote to her younger self, published in media platform The Player’s Tribune, Marta reflects on the difficulty of making such an important decision at a relatively young age.

“Growing up in a small town like Dois Riachos, you stood out,” she wrote to herself. “But not for your talent. No, you got weird looks and mean comments every day just because you were a girl. A girl who loved football.”

“Fight, Marta. Fight to prove everyone wrong — everyone who thinks there is no place for girls on the pitch.”

After playing for two years at Rio de Janeiro club Vasco da Gama, she was transferred to a small club in Minas Gerais, where she stayed for two seasons. Marta was then approached by Swedish club Umeå IK and moved to play in Sweden, the country that would eventually give her citizenship in 2017.

However, in 2009, the footballer announced she would be moving to the US to continue playing football, where she would go on to play for Los Angeles Sol, FC Gold Pride, Western New York Flash and Orlando Pride, integrating this leg of her career with trips back to both Brazil and Sweden.

This year’s award will be the sixth time Marta has been named FIFA women’s world player. At this week’s ceremony she thanked those involved in women’s football.

“This means so much but it is not only about me. It is about my team-mates and women’s football,” she said. “Most importantly, it is good to see women’s soccer grow each year. If I keep doing well and that can help off the field too, then I am happy.”

After years of being overshadowed by the likes of Cristiano Ronaldo and Lionel Messi, the men’s award went to Croatia’s Luka Modric, who led his team through to the final of this year’s FIFA World Cup.

Despite evidence, Bolsonaro’s ex-wife denies he made death threats against her