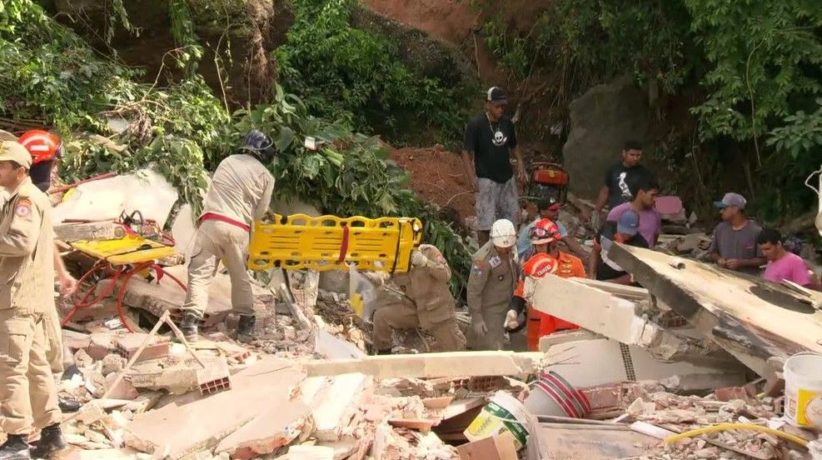 At least 15 people have died as a result of a mudslide that took place in Niterói, Rio de Janeiro, on the morning of Saturday November 10. The search for survivors continues.

The landslide occurred in the hillside region of Morro da Boa Esperança, Niterói, after multiple days of heavy rain and a state of alert issued for the municipality.

So far, the youngest victim rescued by firefighters was believed to be just over a year old, with the oldest aged 80.

A report issued yesterday by news outlet UOL confirmed that 11 people have been found alive and rescued from the wreckage, however, one 11-year-old boy has since passed away in hospital.

“We always work with this possibility [to find survivors]. We are working very carefully on the rescue operation, which is nearly finished, counting on the possibility to find people alive,” civil fire service commander Coronel Roberto Robadey told G1.

Despite having been advised by local authorities to move to safer locations after heavy rainfall, local residents maintained that they had nowhere else to go and remained in their houses, which were eventually crushed by a large boulder which caused the landslide.

However, Niterói Mayor Rodrigo Neves claimed that the zone was not considered a high geographical risk, and that the tragedy had been caused by a “large crack in the hillside.”

Surviving families have been relocated to the local Municipal Francisco Portugal Neves School, Piratininga, where a support base has been set up to receive donations. At least seven tonnes of emergency food has been delivered to refuge point.

In a statement, Rio de Janeiro state governor Luiz Fernando Pezão claimed he “regrets the deaths” and offered his commiserations to the families who lost their loved ones in the tragedy.

Shortly after, new state governor-elect Wilson Witzel – who is due to take office in January – visited the site to supervise the rescue operation.