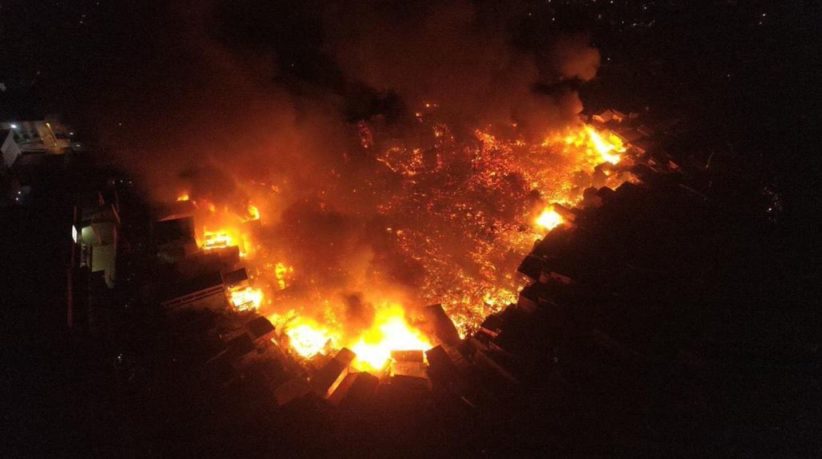 Registered as the second-largest in the states’ history, a fire that began overnight on Monday December 17 and remained ablaze until the following morning has destroyed over 600 houses and left a total of 18 people injured.

The fire, which broke out in the neighbourhood of Educandos, Manaus, was reported by firefighters to have been caused by the explosion of a pressure cooker, which was then amplified by a strong gust of wind.

Geographical conditions, along with the composition of houses – the majority of which are wooden – caused the fire to spread quickly despite the use of over 100,000 litres of water to fight it.

According to reports issued over the past few days, the mayor of Manaus has declared the situation an emergency and is working to accumulate the provisions necessary for those affected. Families affected are receiving assistance in five emergency shelters spread across the state capital, including schools, churches and social centres. Donations of food, clothes, mattresses and personal hygiene items are also currently being received.

“I am here with my father, mother and my three children…everyone lived in that area. There’s food here and we’re being treated well. Now it’s just a question of waiting for the Mayor’s response. I hope it doesn’t cost much,” 28-year-old resident Gabriela Fernandes told Brazilian news outlet G1.

However, she also explained how other residents haven’t experienced such luck since the fire, speaking about those who made the took advantage of the disaster by stealing from their neighbours.

“My parents tried to save some things, but despite this, they were stolen. My sister’s television was stolen. On top of everything being burnt, things were still stolen from her,” she said.

Among provisions being provided by the local government to help those families affected in need are social cheques for the value of $900 Brazilian reais per family (around $230 USD).

Current President Michel Temer acknowledged those affected by the fire, tweeting, “My wishes of solidarity go to the families who have become victims of the fire in Manaus. I have spoken to the Mayor Arthur Virgilio and the Federal Government is that their disposal.” For his part, President-elect Jair Bolsonaro did not recognise the incident on his social media.

Efforts from a network of volunteers will continue to focus on supporting as many as 3,000 people, who now find themselves homeless just before Christmas.