Arrests made in connection with Brumadinho dam collapse 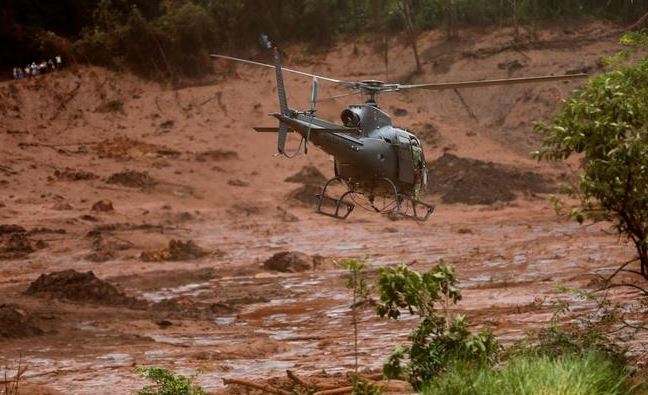 Five individuals were arrested this morning, January 29, in connection with the mudslide caused by the ruptured Brumadinho mining dam in Minas Gerais, say local authorities.

Of the five now detained by police, three were Minas Gerais-based employees of the Vale mining company and the remaining two were third-party engineers arrested in their houses in São Paulo.

All individuals were somehow complicit in previous verifications of the stability of the mine’s structure before it collapsed.

São Paulo-based engineers Makoto Namba and André Yum Yassud will immediately be flown to Belo Horizonte for questioning and have had documents, phones and computers seized from their houses.

In Namba’s case, investigators’ attention was brought to the fact that documents containing information about a similar tragedy that occurred in Mariana, Minas Gerais in 2015, were found in his home.

For mining company Vale’s part, a statement confirmed that it is “complying fully with authorities,” and “contributing to investigations.”

Following a visit to the site of the environmental disaster, Vale CEO Fabio Schvartsman has announced he plans to present a plan to raise the safety standards of the company’s dams.

“It seems to me that there is only one solution: we have to go beyond any standard, national or international. We are going to create a safety mattress that is far superior to what we have today,” Schvartsman claimed.

With the death toll now having risen to 65 and the number of disappeared now at 279 according to local news outlet G1, authorities have resumed a fifth day of searching with low levels of optimism for finding more survivors.

Rescue operations are now counting on the help of aid that has arrived from Israel to assist in the search for the remaining missing victims of the tragedy.