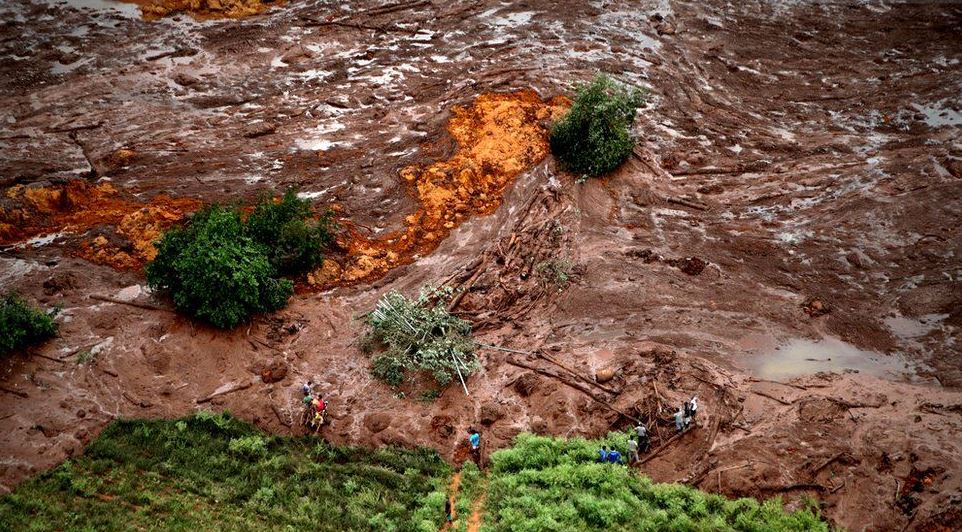 At least 60 people have died as a result of a mudslide caused by a ruptured mining dam in the town of Brumadinho, Minas Gerais.

The landslide, which took place on Friday, January 25, has left approximately 300 people missing, most of whom are workers of the iron-ore mine run by Brazil’s largest mining company, Vale.

Emergency services continue to search for survivors of the incident, after rescue operations were suspended on Sunday 27, due to fears that a separate dam – owned by the same company – was also at risk of collapse. On the same day, residents were also evacuated from the region.

Although approximately 200 individuals have been rescued alive, leaders of the operation have warned that the chances of finding survivors is now “very low.”

What caused the dam to burst remains unclear, and Vale has issued a statement via the mine’s website confirming that this is still under investigation. The statement also pointed out that the mine had been inspected twice in January of this year, with no changes or instabilities to its structure detected.

Speaking at a press conference, Vale President Fabio Schvartsman referred to the incident as an “enormous tragedy” that caught him and his team “totally by surprise.” The mine had been inactive for over three years, Schvartsman added, arguing that it was in a “decommissioning process.”

With the mud up to 15 metres deep in places, access to search areas is proving difficult, although helicopters continue to circulate the area.

Speaking to UK newspaper The Guardian, sisters Marina and Manaira Avila claimed they were “losing hope” of finding their cousin, Vale employee Angelica Avila. “Where else would my cousin be safe if not at work? It is revolting,” they said.

Meanwhile, Bolsonaro paid tribute to the victims of the environmental disaster via a series of tweets and a press conference that took place before the second operation he is now undergoing following his stabbing in September of last year.

With Bolsonaro now undergoing his hospital procedure, Brazil’s Vice President Hamilton Mourao – who is standing in for the president in the meantime – has said that those to blame must be investigated and punished, reported the BBC.

According to reports by Brazilian news outlet Veja, the mining company Vale has just lost $71 billion reais (US$18.8 billion) in market value, the most to ever be lost by any Brazilian company in the space of just a day. To add to this, broadsheet Folha de São Paulo has also confirmed that Vale will be offering $100,000 reais (US$26,582) to each family affected by the disaster.

This is not the first environmental caused by a mine in Brazil in the same region, but one of several high-profile disasters. In 2015, a mudslide caused by a ruptured dam – also owned by Vale – in Mariana, Minas Gerais also killed 17 people and engulfed the livelihoods of hundreds. At the time, the country’s environmental minister Izabella Texeira labelled it “the worst environmental disaster in Brazilian history.”