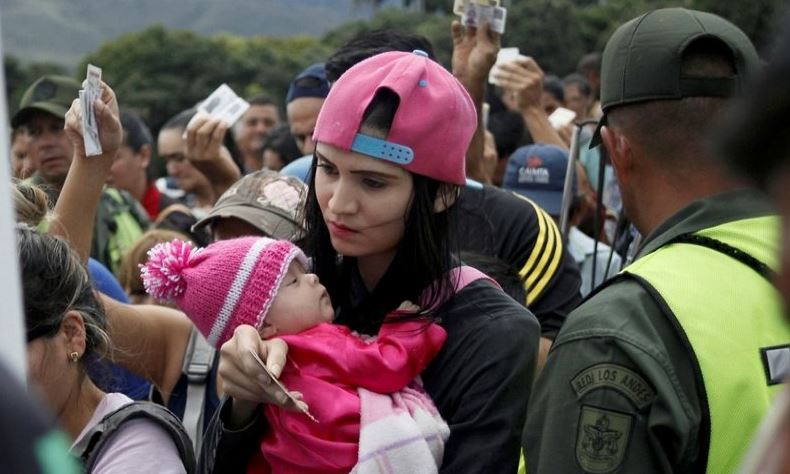 Brazil’s government has pledged to dedicate extra support and resources to Venezuela’s migration crisis following recent violence and hostility from residents of the northerly border town of Pacaraima.

It was just 10 days ago that 1,200 Venezuelan migrants fled their encampments and returned to neighbouring Venezuela after they were attacked by locals.

Just today, August 28, it was reported that Brazil’s Chief of Staff Eliseu Padilha claimed that money is not what the crisis needs in order to be alleviated, but instead all hands on deck in order to begin the transfer of migrants out of the state of Roraima and to others in Brazil.

“What will money do?,” he said, speaking to news outlet G1. “Money doesn’t resolve anything at this point.”

Having received approximately 128,000 Venezuelan migrants since last year and this June, resources such as access to public health and education services are now running thin in the areas of Brazil that border Venezuela.

After several appeals for extra financial support from Roraima state governor Suley Campos, who even filed a lawsuit earlier this year demanding money, medical professionals are now being sent from Brasília to help with the crisis.

Since a state of emergency was declared in Roraima this February, President Michel Temer has maintained the stance he declared in April, recently reiterating that closing the border would be “unthinkable.”

This contrasts decisions by other governments in Latin America who have recently closed their borders to Venezuelans without passports, such as in Ecuador and Peru. Entry of Venezuelans into Brazil was, however, briefly suspended at the beginning of this month.

In the meantime, refugee camps and shelters in northern Brazil are at breaking point. At the Pintolândia shelter, located in Boa Vista, 634 members of Brazil’s indigenous communities are currently sleeping in hammocks, financed by the Brazilian government, the UN and various NGOs.

According to government officials, by the end of September it is hoped that 1,000 will be evacuated from the state of Roraima and integrated into other cities within Brazil.

Can Brazil’s e-commerce market set an example for the rest of Latin America?