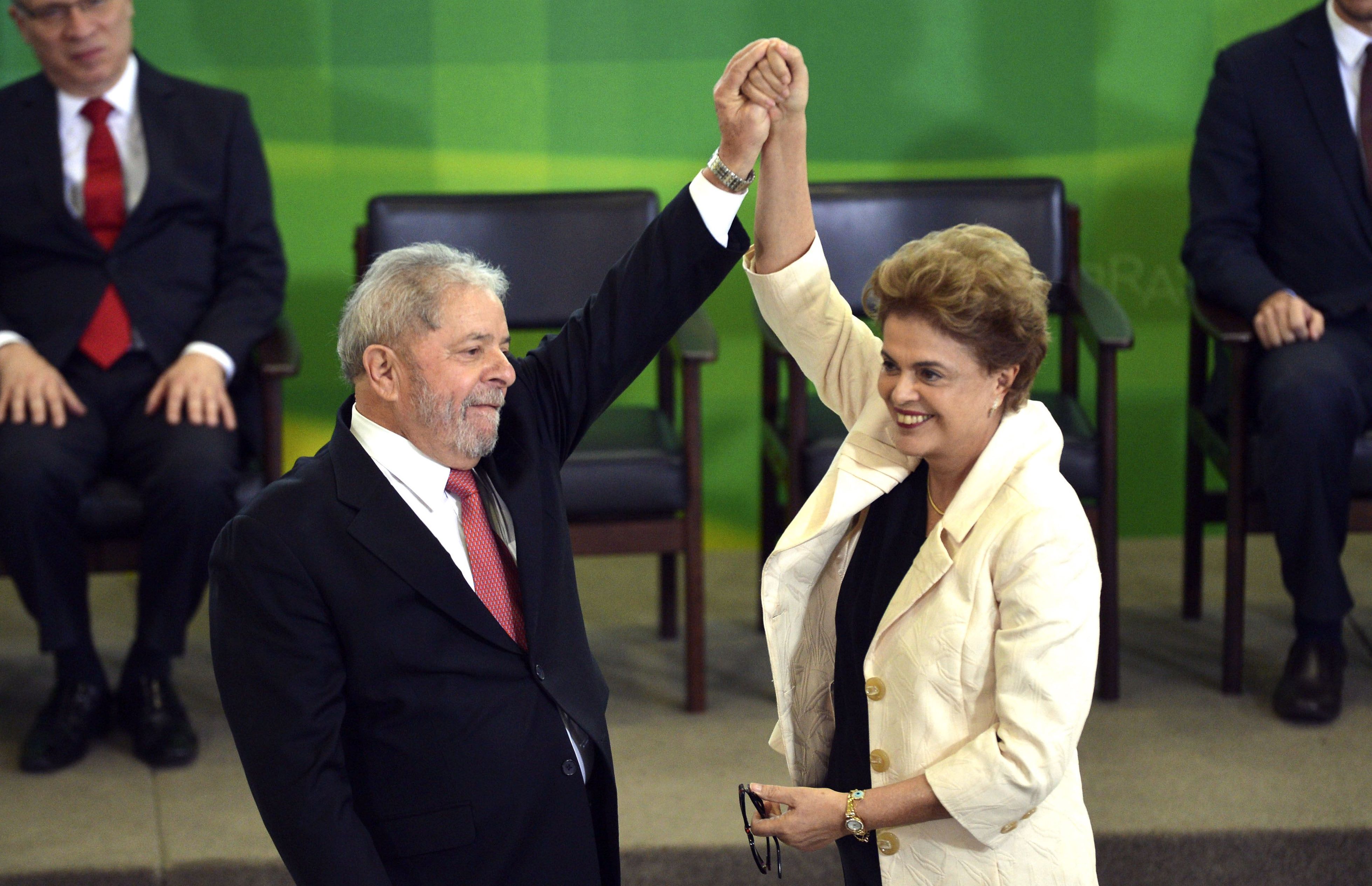 Former Brazilian President Dilma Rousseff spoke out about her colleague and friend, presidential candidate Lula da Silva, who is currently in prison on corruption charges, deciding whether to continue with his campaign.

Brazil’s former leader Rousseff, who was removed from office in 2016 following a highly controversial impeachment trial that lasted for months, has a firm friendship with Lula which she upheld throughout her trial and has continued to maintain throughout his presidential candidacy.

The infamous quote “tchau, querida” has become symbolic of their friendship, coming from a phone call between Rousseff, who was Brazil’s president at the time, and Lula. A recording of the call between the two former Presidents was published by Brazilian media and used as evidence against Rousseff in her impeachment trial.

Speaking during a visit to Buenos Aires at the beginning of this month, President Dilma stated that Lula is now just “an idea,” echoing his own words, at a rally just before he was imprisoned back in April. She claimed that he has “converted into the symbol of Brazil, of opportunities from which the people can grow,” and declared her conviction that “free or imprisoned, Lula will be elected President”.

In an interview with the BBC’s Shaun Ley this week, despite calling Lula a “peacemaker” who is able to “help with the stabilisation of Brazil’s democratic conditions”, Rousseff sounded a little less certain of his ability to become President. “Whether he is in prison or free, whether convicted or acquitted, he will necessarily be a strong presence in the reconstruction of Brazil,” she stated.

Rousseff also spoke of the current political ruptures in the country over which she once governed, “Brazil needs to find itself again, right now it’s divided,” she urged. Speaking of the coup d’états which she believes have now taken place twice in her country, once during the military dictatorship in which she was tortured as part of her three-year imprisonment, she explicitly stated the corruption of Brazil’s political system: “I think it is important that this election is not manipulated.”

Even though he is currently in prison, Lula remains the most popular presidential candidate in four out of five of Brazil’s main regions.

Whether Lula’s criminal convictions will prevent him from continuing with his presidential campaign remains uncertain, although it is extremely likely. Just today, it was reported that Paulista judge Haroldo Nader has annulled a series of his privileges, claiming it was no longer necessary for him to maintain such high levels of security whilst in prison.

Last week, Lula wrote that the October Presidential elections “will not be democratic unless all political forces can take part in a free and fair way,” in a column in French newspaper Le Monde, maintaining that he has been a victim of “judicial farce”.

Mother and policewoman turns on armed robber outside school gates

Maduro’s “illegitimate” reelection causes the Lima Group to step up