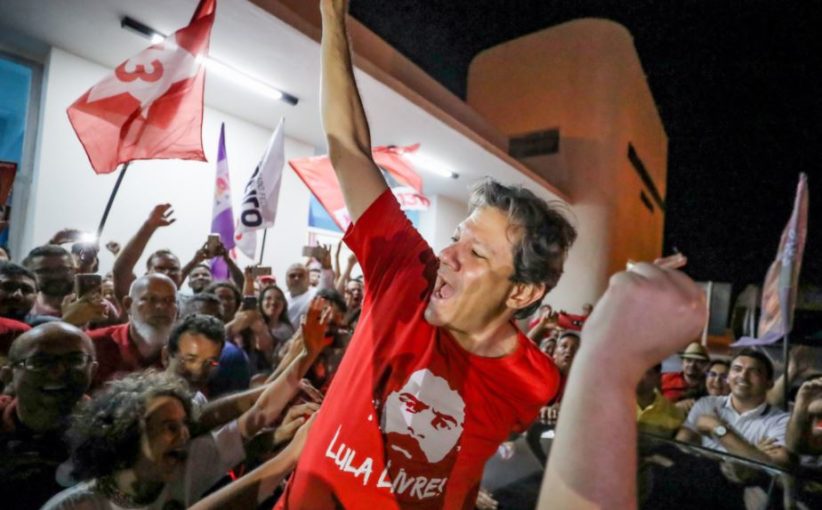 This afternoon, September 11, it is predicted that Lula da Silva’s Vice President Fernando Haddad will formally launch his bid to replace the imprisoned candidate in the upcoming presidential elections.

The first round of voting is set to take place on October 7, followed by a second on October 28.

Local news outlet Veja reported that this morning, members of the PT (Workers’ Party) will be meeting in Curitiba to discuss the handover, which will take place outside the prison where Lula is currently serving his sentence.

Despite several appeals carried out on the ex-President’s behalf against his current prison sentencing, last week, Brazil’s top electoral court decided to ban his candidacy. Even following the court’s ruling, further appeals made by the UN human rights committee were also declined, some as recently as yesterday, September 10.

From prison, the ex-President has written two letters, the first to the Brazilian people and the second to the man who is set to take his place this October, Haddad.

Published on his personal website, Lula’s letter to the people read, “My voice is Fernando Haddad’s voice and the voice of all our friends, in our bold journey to rescue national dignity in all corners of the country.”

“Let’s go all out for victory in these coming four weeks. We are going to sign the pact for fight tonight. The pact will be in the name of the hope that is reborn. In the name of a Brazil that is going to be happy again. With the youth population striving ahead, women, the black population, the working class, universities, education, science and culture.”

“Truth will conquer,” the letter ended.

A recent video published on the ex-President’s Twitter account also alluded to the likely future partnership between the two politicians.

In the video, VP Haddad explains how he has spoken to the ex-President, who has a message for his voters and for the Brazilian people.

“We are going to continue, together,” is Lula’s message. “Whatever happens, we are all going to vote 13, to conquer the injustices and make Brazil happy again.”

Notably, however, the surveys also show that PSL candidate Jair Bolsonaro’s popularity has increased after he was stabbed last week during a presidential campaign rally. He remains the most popular candidate in the run up to next month’s elections.