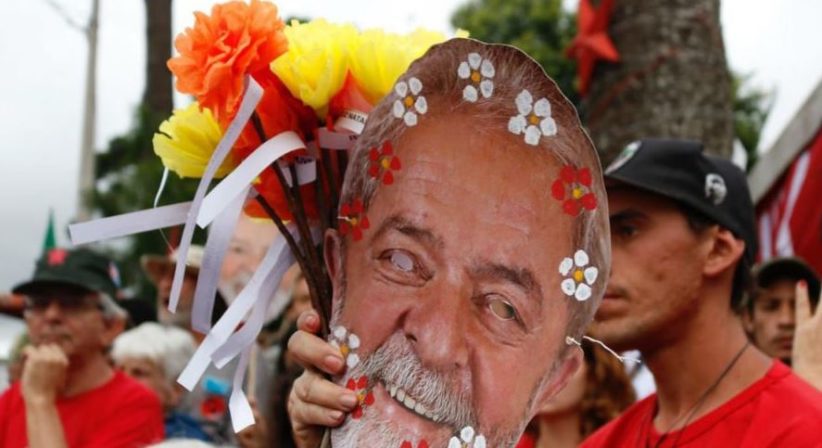 After missing out on the opportunity to be released from prison at the end of last year, ex-President Lula da Silva was met with the comfort of his supporters who made sure he didn’t have to see in the New Year alone.

Crowds of Lula supporters, who frequently camp outside the gates of the Curitiba federal police HQ to shout goodnight to the politician were joined by workers and unionists, who turned out in force to make sure his last evening of the year was special.

A festive atmosphere was in the air, with music and theatre performances from the crowds. Lula’s New Year’s greeting was also read out to the people by PT (Worker’s Party) senator Gleisi Hoffman.

“As you know, I will spend New Year’s in a cell I have been put in without having committed any crime at all, sentenced without proof and without the right to a fair trial. But I don’t feel alone. I’m not alone,” Lula wrote in his address.

“2019 will be a year of much resistance and fighting in order to prevent our people being punished even more than they have already been. Yes, Brazil needs to change, but it needs to change for the better.”

Lula, who was imprisoned in April last year, is currently being kept in solitary confinement on charges of corruption. He will remain in prison for the foreseeable future, thanks to the Supreme Court judge who overturned a ruling which would release individuals in the process of appealing their sentences (including Lula) from jail. His supporters have been protesting outside the prison every day since he was imprisoned.

Speaking to news outlet Telesur, unionist Edilson Mineiro explained why he decided to spend his New Year’s Eve outside the cell, “I came here to provide solidarity for comrade Lula, who is a political prisoner and an example of resistance for the Brazilian workers,” he said.

As the clock struck midnight, the group of protesters stood as close to Lula’s cell as they could and shouted ‘Happy New Year,’ turning their mobile phone lights on so he would know they were there.