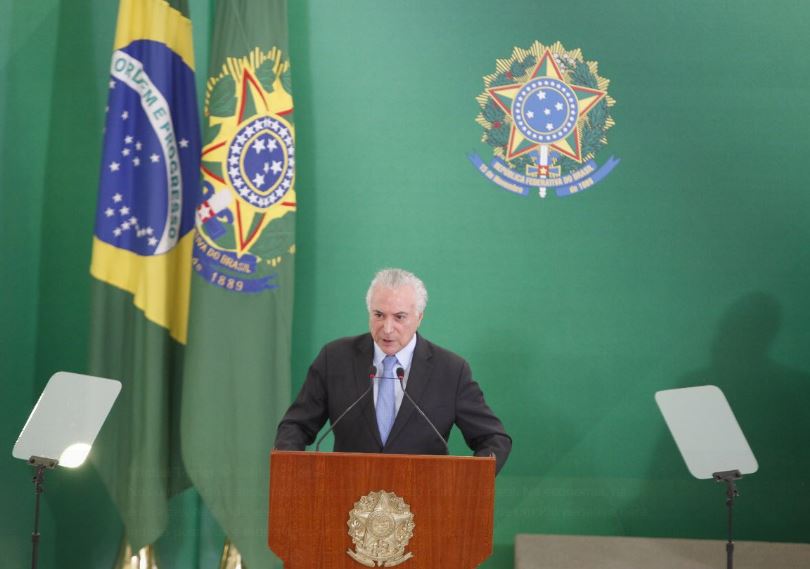 Brazil’s Federal Police have asked for President Michel Temer and 10 of his close associates to be charged with corruption, money laundering and racketeering.

Corruption investigations into whether President Temer was bribed to issue a decree in May 2017 for the benefit of maritime companies have been taking place for some time.

Yesterday, October 16, Federal Police forces ordered Brazil’s Supreme Court to temporarily seize the president’s assets along with those of his close family members involved, including his daughter, Reuters reported.

This case is currently being led by Supreme Court judge Luis Roberto Barroso, who has insisted he will wait for results from the Prosecutor’s Office before making a decision on how to proceed with the case.

In a document he sent the Prosecutor’s Office, published in news outlet Noticias Ao Minuto, judge Barroso wrote “according to the [police] report, throughout the investigation, various forms of evidence were produced, including…collaborations with the court in exchange for reduction of the sentence, testimonies, bank and fiscal information and telephone conversation extracts, expert reports and information from the audit office.”

However, in order for the president to be prosecuted in any form, charges must be passed through Congress first of all, who must give permission for the Supreme Court to investigate the allegations.

This is not the first time President Temer has been accused of corruption. In fact, on two previous occasions, allegations have been rejected by members of Congress.

Contacted by news outlet G1, the president’s press secretary made no comment.

This news comes just over a week before the second electoral vote to find out who is due to replace Temer as president, who is nearing the end of his deeply unpopular presidential term, which currently sees his approval rating at less than 5%.