With Brazil gripped by economic crisis and financial growth at an all-time low, numbers of Brazilians flying both nationally and internationally have significantly reduced in recent years.

This drop in air travel and general lack of disposable income has created a demand for holiday discounts and bargains that Belo Horizonte-born entrepreneur Max Oliveira spotted early on. 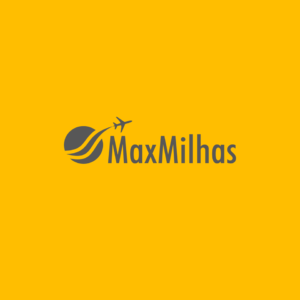 His self-titled business MaxMilhas works to satisfy the demands of two very different types of travellers. The first are those who are always on the hunt for a bargain, looking for cheap flights. The second, frequent travellers who fly so often that they have air miles going to waste. What MaxMilhas does, therefore, is to link the two in return for a commission.

Through the MaxMilhas website, those selling air miles are able to choose their own prices and passengers can compare the price of MaxMilhas tickets with the standard prices offered by airlines online. Speaking to innovation news outlet Inova.Jor, CEO Oliveira confirmed that MaxMilhas customers save an average of $550 Brazilian reais (around $135) per trip.

Whilst online travel agencies such as Decolar – the Brazilian subsidiary of LatAm travel giant Despegar – fall victim to mass investor sell-offs, MaxMilhas has this year recorded sending its millionth client on holiday.

The idea for MaxMilhas emerged in 2013, inspired by a personal experience when Oliveria was purchasing internal flights within Brazil. He was purchasing a flight from Vitória to Belo Horizonte when a technical fault meant the purchase did not go through and, as a result, Oliveira was forced to start again. However, the time difference meant that the value of his ticket had increased significantly, by around $400 Brazilian reais (around $100).

“All entrepreneurs are very nonconformist. If it wasn’t for this outrage, MaxMilhas would never have been born,” he told Brazilian news outlet Exame, explaining that his frustration over this particular experience inspired him to solve the problem himself.

At first, Oliveiras was determined to run MaxMilhas alongside his full-time career as a hobby, inspired by a passion to allow others to travel. However, levels of interest were so high that the company bootstrapped its way to success and in 2016 was reported the largest startup to have participated in the government-run acceleration programme Startup Brasil.

The company’s slogan “You deserve to fly” reflects its mission to enable as many customers to travel by aeroplane as possible, explaining why they have so far moved around $4 billion reais ($980,000) in air miles within Brazil.

Now recognised by entrepreneurship organisation Endeavor Brasil and on LinkedIn’s list of Brazil’s top startups, MaxMilhas’ plans for next year will focus on international expansion, looking abroad to countries such as Colombia and Canada, hoping in time to be able to sell more international flights.

This article was originally published on Latam.tech.