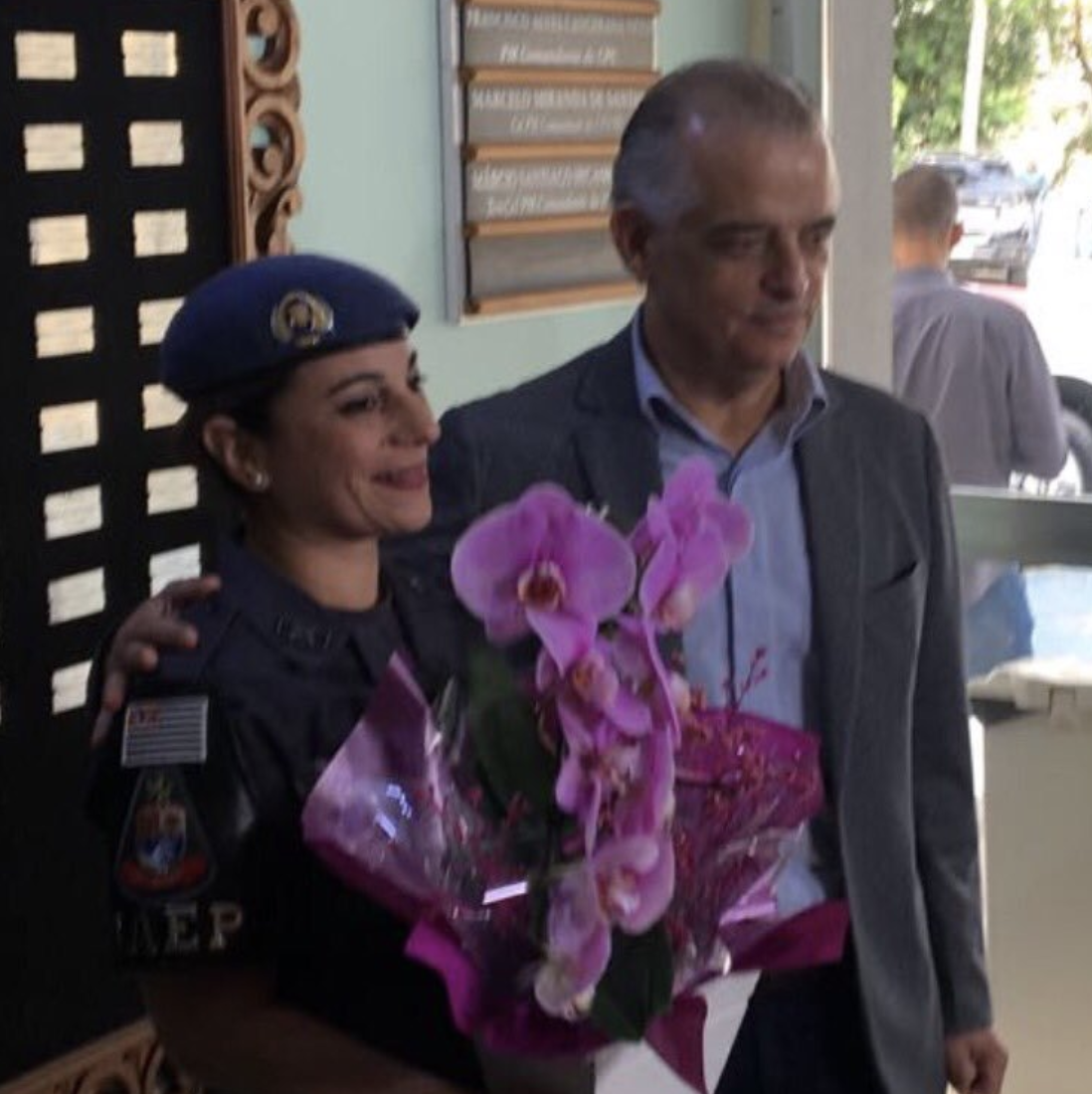 This Saturday, May 12, Katia Sastre was waiting outside a school in Suzano, a city in the state of São Paulo, to pick up her children. In an attempt to steal a handbag, an armed robber approached the group standing outside the school at gunpoint.

Sastre, who also happens to be a military police officer, took out her gun and rushed to the group’s defence, shooting the attacker three times in the chest and leg.

The gunman, named as 21-year-old Eliventon Neves Moreira, later died from his wounds in hospital.

On Sunday, Governor of São Paulo Márcio França took to social media to praise her “courage and precision that saved mothers and children…We cannot stop praising the technique you used, the speed at which you reacted and, at the same time, the courage you had,” França told the police.

According to Sastre’s husband, André Alves, the robber’s weapon did manage to fire once before it became jammed, “the first shot ricocheted off something,” he told Brazilian daily Folha de São Paulo. The school camera’s managed to capture the entire episode on video.

Sastre, who is 42 years old, has worked for 20 years in Brazil’s military police service. She has two daughters, one of whom was present in the attack this weekend. This Sunday, she was given flowers in celebration of Mother’s day and to thank her for her brave efforts.

This incident, along with many others of its kind, raises important questions of justice and self-defence. “Of course, the boy died, this isn’t ideal. We would prefer for people not to die,” São Paulo’s City Governor told Folha de Sao Paulo. However, “we do this to show younger people not to go around holding guns, because they could be at risk of being shot. Because our security professionals are well trained in public security,” he justified.

“This is why we are in this profession, to save lives,” Sastre said in an interview with Folha. “I decided to defend the mothers, children, my own life and that of my daughter,” she said.

According to the World Economic Forum, São Paulo’s homicide rate in March of this year was 6.1 per 100,000. This represents a sharp decline from what it has been over the last two decades, when it was registered at a peak of 52.5 per 100,000 in 1999. However, with São Paulo’s metropolitan population standing at over 20 million and Brazil currently experiencing one of its most delicate political moments, armed crime remains rife throughout the country.