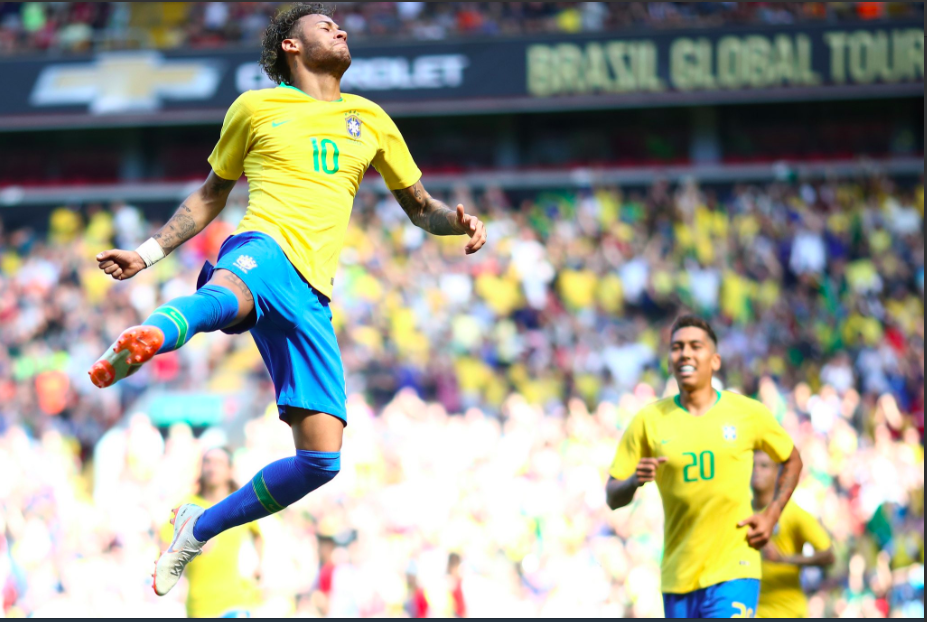 Sunday proved to be a welcome back party for Brazil’s superstar forward Neymar in the 2-0 friendly win against Croatia. The 26-year-old subbed on after the first half, playing for the first time in more than three months when he was injured in a Champions League competition for his club Paris St. Germain.

In the 69th minute, Neymar received the ball at the top of the box, before slicing through three defenders and setting himself up with his right foot in front of goal, where the world’s most expensive player isn’t going to miss.

Liverpool star Roberto Firmino, who subbed on after the half to a roaring home club crowd, had a few chances to connect towards the end of the match before finally lobbing a ball over the Croatian keeper in extra time to score Brazil’s second goal. The forward will look to keep building on a promising season that saw him score 27 goals and reach the Champions League finals with his English Premier club.

The friendly taking place in Liverpool’s famed Anfield Stadium was Brazil’s second-to-last warm up before World Cup play begins for La Seleção on June 17 against Switzerland. The five-time world champs continue their epic tear through competition as they look bent on avenging their embarrassing finish in the 2014 World Cup at home.

Under head coach Tite, Brazil went unblemished in World Cup qualifying as it blew away its South American competition on the way towards a first place finish in CONMEBOL.

Croatia had a few chances on goal in the early going starting in the 13th minute when a Dejan Lovren header went a bit too far wide after a beautiful setup on the corner kick from Modric.

Brazil nearly gifted Croatia a goal in the opening part of the first half when centerbacks Miranda and a limping Thiago Silva passed the ball back and forth one too many times. It was promptly intercepted by an encroaching Croatia, but forward Andrej Kramaric didn’t get enough on the ball and Allison made an easy save.

In the second half, Brazil was able to suffocate control of the ball and limit any would-be Croatian opportunities.

Brazil will return to the pitch next Sunday to take on an Austria side that is coming off its first win over Germany since 1986 after it beat Die Mannschaft 2-1 on Saturday.