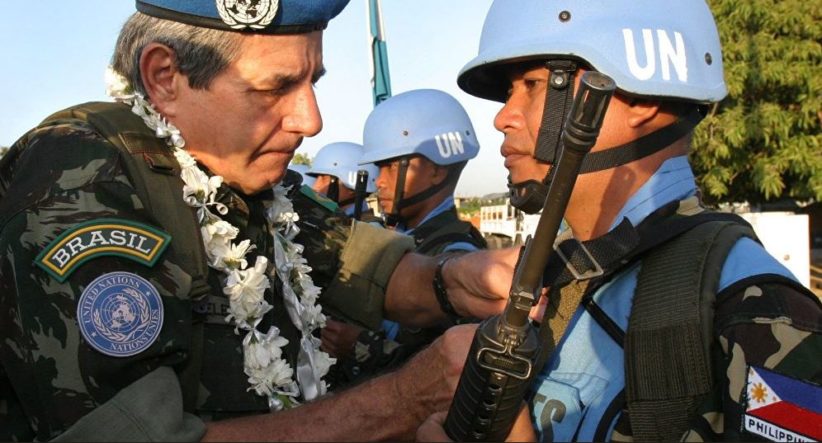 President-elect Jair Bolsonaro now has few posts left to fill in the cabinet of government ministers who will accompany him throughout his mandate as leader of Brazil.

As his choices have gradually been revealed, all eyes remain firmly fixed on the individuals Bolsonaro has picked to be a part of his team, analysing their backgrounds and past accolades.

In keeping with his military-style ideology and nostalgia for Brazil’s dictatorial era, the man Bolsonaro has chosen to fill the new role of Minister of Institutional Security is ex-army general Augusto Heleno.

As part of his career, Heleno served as first commander of the United Nations Stabilisation Mission in Haiti, which he took part in from 2004-2005. In line with the mission’s objectives, such as the restoral of law, order and public safety after the country’s president was expelled by insurgents, General Heleno led an operation known as ‘Iron Fist’ which has since proven to be a notorious marker in his career.

The operation sought to target one known assailant known as Emanuel Wilme, alias ‘Dread,’ an individual known for fuelling the conflict in the poor Haitian capital Port-au-Prince.

In capturing his target, Heleno and his team ended up conducting a 12-hour operation which resulted in the deaths of Wilme and at least six of his other comrades. However, in achieving their goal, the team deposited approximately 22,000 bullets into the neighbourhood, which resulted in an enormous amount of bloodshed.

In a report of the event published at the time by the Washington Post, an American physician speaking to the newspaper claimed that the operation “caused a lot of collateral damage,” after he was forced to treat approximately 27 Haitians, among whom many were women and children. Speaking of the event after it happened, the National Network of Human Rights Defenders also dubbed it a “massacre.”

Heleno, however, declared the operation a success.

Analysts at Reuters have now begun to speculate that as Brazil’s minister of institutional security, Heleno and his team will apply a similar sort of violence to security operations in Brazil, where organised crime is rampant in the country’s favelas.

With levels of violence at an all-time high, and the current murder rate calculated at a total of seven people per hour, not to mention Bolsonaro’s plans to slacken gun laws for all citizens, the prospect of more bloodshed seems increasingly likely.

In a recent interview with his preferred media outlet TV Record, Bolsonaro attempted to justify Heleno’s actions in Haiti, comparing the situation to today’s Brazil.

“We are at war. Haiti is also at war,” he said. “[In Haiti] the rule was, you found an element with a firearm, you shoot, and then you see what happened. You solve the problem.”

Heleno is not the only future minister to have served in Haiti who will be taking a position in Bolsonaro’s cabinet. His incoming defence minister, General Fernando Azevedo e Silva, also served under Heleno as operations chief. Recently-appointed Infrastructure Minister, Tarcisio Freitas, also served as an engineer in Haiti after Heleno’s departure in 2005. Incoming Secretary of State, Carlos Alberto dos Santos Cruz, also lead UN troops in Haiti until 2007.

Brazil backs out of hosting 2019 UN climate change conference: a sign of foreboding?