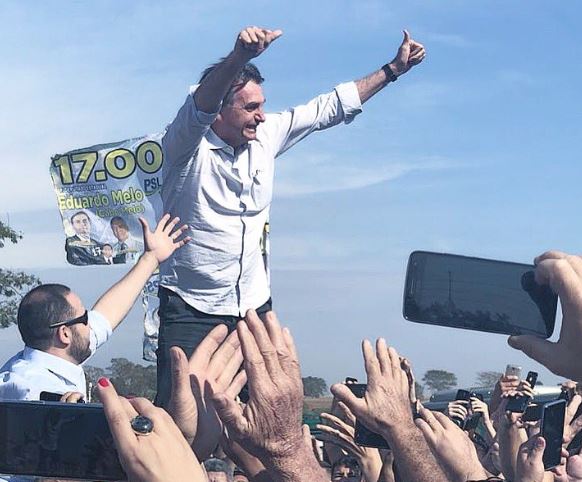 Brazil’s northern region is the largest subdivision of the country, known for its proximity to the Amazon rainforest, geographically varied landscape and tropical climate.

It is also one of the poorest regions of the country, home to rural, farming communities who often suffer long periods of slow business due to frequent drought. Indeed, after the northeast, it is the region with the second-highest number of beneficiaries of social welfare programme Bolsa Família across Brazil.

As a result of clashes which have long-since taken place over land rights, northern regions of Brazil also have higher high rates of violence in comparison with the rest of the country. In fact, reports show that last year, the areas of Brazil that experienced the highest rates of violence were the northeastern states of Rio Grande do Norte and Ceará, as well as northwestern Acre, which borders Peru.

With rural farmers tired of clashing with peasants over the rights and access to their land, the emphasis PSL (Social Liberal Party) candidate and former military officer Jair Bolsonaro places on giving civilians access to weapons for self-defense has gained him serious popularity.

During a recent visit to the north of the country as part of his presidential campaign, Bolsonaro shouted to his supporters during a rally, “ The government has no way to provide security for you. If it can’t, the government shouldn’t stop you from defending yourselves!”

Violence levels in Brazil are currently at an all-time high, with approximately 64,000 violent deaths registered last year, equating to a murder rate of seven people per hour.

Heightened rates of violence as well as petty crime is felt all over Brazil, from urban citizens who are tired of having their belongings stolen in often violent and threatening confrontations, to rural citizens who feel a lack of state security presence in the often isolated areas they live in.

After years of difficulty controlling land ownership in the areas surrounding Brazil’s Amazon rainforest, complications have resulted in countless repossessions and land grabs.

This sort of activity has worsened as a result of the illegal industries that the nature of Brazil’s northern territory lends itself to, such as illegal mining and illegal logging, which is linked to deforestation. Conflicts over these sorts of issues have become increasingly violent in recent years in northern Brazil, made worse by impunity, which ensures that crimes continue to happen.

Recently, the appeal of Bolsonaro’s self-defense focused policies has been made explicit following the publication of a video showing one of his supporters making an appeal to the candidate for help, after his brother was shot and killed over an illegal logging dispute.

The clip, which very quickly went viral, featured 52 year-old Altamira Silvério Fernandes dressed in a t-shirt splattered with his brother’s blood, who had died just moments before. Fernandes is a resident of the municipality of Anapu, located in the state of Pará, northern Brazil.

With an already strong support system in place in Southern and Central regions of Brazil, Bolsonaro is looking to expand his network of voters in the the north of the country, according to his Vice President military general Hamilton Mourão, reported Bloomberg.

Whilst the most popular presidential candidate, Lula da Silva, currently serves time in prison, citizens’ exasperation with security in their country is encouraging them to turn to increasingly radical policies, such as those proposed by Bolsonaro.

Temer deploys military troops in Roraima, before declaring intentions to limit entry of migrants into Brazil