Supreme Court Judge rules Lula da Silva will remain in prison for now, despite acquittal of one set of charges 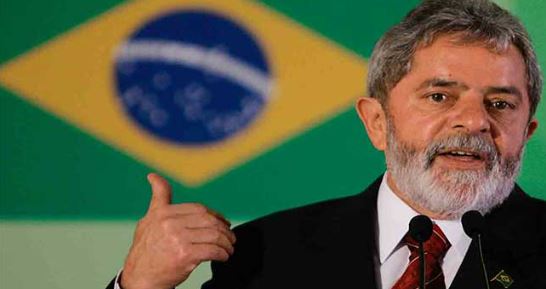 The ex-President is currently serving a 12-year prison sentence for corruption charges linked to the Lava Jato investigation, the largest corruption scandal in Brazil’s history.

During the ruling, Vaz criticised the decision made by Rogério Favreto, judge of the 4th Regional Tribunal, who attempted to release Lula on Sunday Jul. 8.

Favreto, an on-duty weekend judge, temporarily ruled that Lula should be released from prison whilst he appeals his 12 year sentence for corruption. Former National Secretary of Judicial Reform Favreto was nominated by Lula and affiliated to Lula’s political party, the PT – Partido dos Trabalhadores.

He has been the only judge to vote against the prison sentence that Lula was charged with by Federal Judge Sérgio Moro.

Supreme Court judge Vaz commented on Favreto’s inability to make such a decision, calling it “unusual” and “abnormal,” reported news outlet Poder 360. She went on to outline her support for Moro’s decision to keep Lula in prison.

News released today Jul. 12 by newspaper O Globo, however, has revealed that Attorney General Raquel Dodge has authorised an investigation into Favreto’s actions and has called for his compulsory retirement.

In her decision, Attorney General Dodge cited the almost 20 years that Favreto was affiliated to the PT, claiming that his appeal to free Lula was “orchestrated” by members of the political party who had submitted the habeas corpus to petition for his release. She stated that he had “dishonoured the…honourability of his job” in an attempt to “favour” the ex-President.

However, breaking news states that judge Ricardo Leite has just found Lula to be not guilty of one of out of the seven Lava Jato corruption charges with which he was originally charged. Brazil’s ex-President has now been acquitted of obstruction of justice charges on grounds of insufficient evidence.

Meanwhile, Lula continues to face other corruption charges for which he is still being investigated, and will remain in prison for the time being.