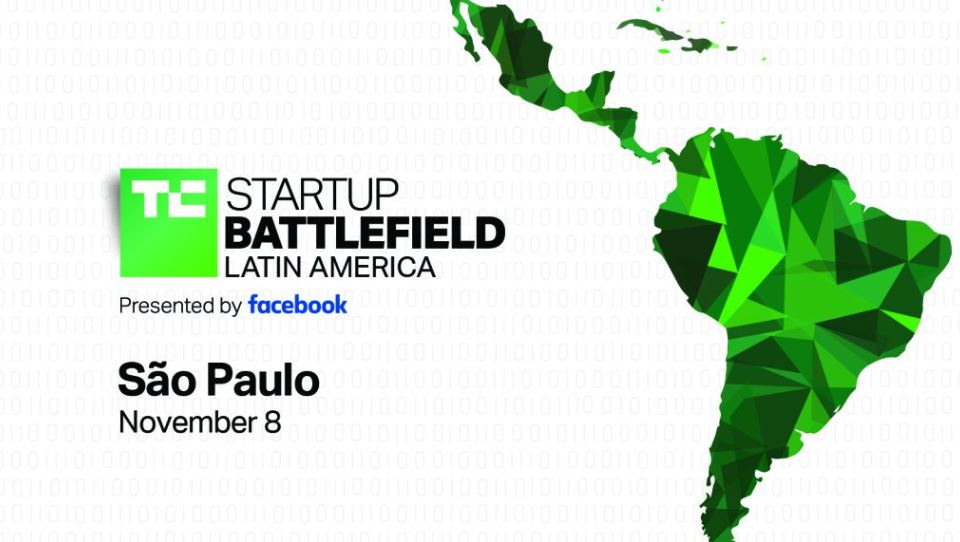 Startup Battlefield, the competition that sees 15 early-stage startups go head to head in an onstage pitch battle before a live audience and expert judging panel, has announced that this year it will be coming to Latin America.

The contest, which will take place at São Paulo’s Tomie Ohtake Institute on November 8, offers the winning startup an equity-free US $25,000 prize. Besides the cash, along with the sort of investor and media attention money just can’t buy, also up for grabs is a trip for two to the next TechCrunch Disrupt, where the team can exhibit for free in Startup Alley.

After years of extensive coverage of the region’s thriving startup scene, this will be TechCrunch’s first ever event in Latin America.

Budding contestants can rest assured that they will receive free pitch coaching before the competition from TechCrunch editors, who will be able to provide expertise and guidance in order to ensure that teams feel confident standing up and pitching to an audience of 500 people.

The competition will unravel as follows…

When asked recently about the winning criteria for Startup Battlefield at tech meetups at Estação Hack in São Paulo and MassChallenge in Mexico City, TechCrunch editors Jonathan Shieber and Anna Escher responded, “we instruct the judges to pick the startup that they believe will have either a) the biggest exit in the years ahead or b) the largest overall impact, including social impact.”

Regardless of positioning, all startups have the opportunity to become part of the knowledge and contact bank that is the Startup Battlefield alumni community, which includes previous successes such as Dropbox, Getaround, Cloudfare and Vurb.

All Startup Battlefield sessions will be recorded live and the videos posted on TechCrunch’s website, meaning all competitors have access to equal levels of media exposure.

Given Latin America’s recent wave of startup success stories, particularly in Brazil, early-stage startups across the region are expected to grab this opportunity with both hands.

Applicants have until August 6 to sign up and can do so here.