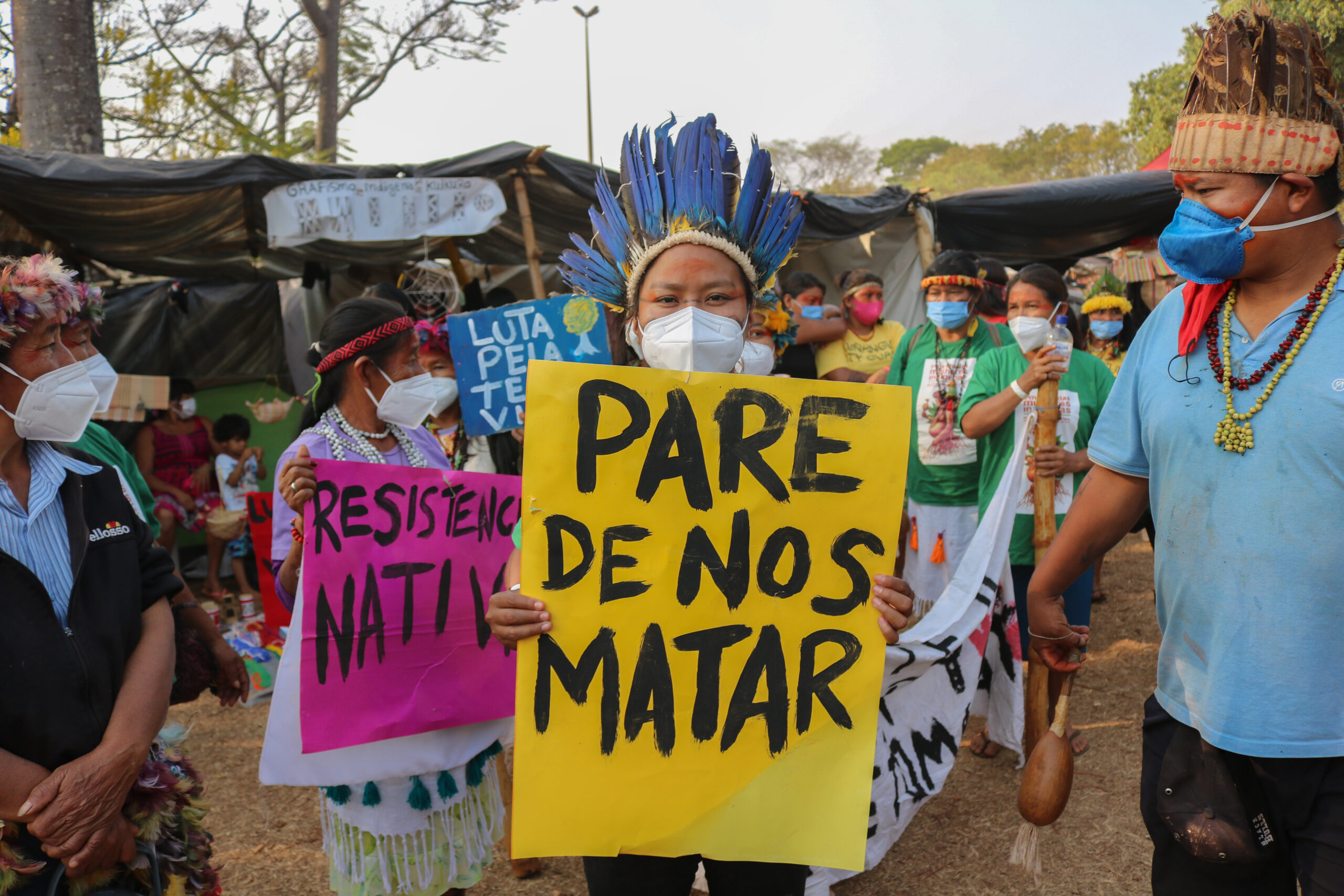 Violence and rights abuses against indigenous populations in Brazil “deepened” in 2021, fueled by measures and rhetoric from the government of President Jair Bolsonaro aimed at exploiting indigenous lands, according to a new report released this week by the Indigenous Missionary Council (CIMI).

Roberto Liebgott, CIMI regional coordinator, told Brazil Reports that although “violence has always occurred” against indigenous communities in Brazil, in recent years, the organization has seen an uptick in violence.

He points out that the rhetoric from government authorities which is “encouraging the exploitation of indigenous lands by third parties” is leading “the invaders to treat the indigenous people as obstacles to be removed and, in this clash, physical violence becomes the most common path.”

According to the report, the number of recorded invasions onto indigenous lands rose to 305 in 2021, up from 109 in 2018 when President Bolsonaro first took office (nearly tripling).

“The contingent of loggers, prospectors, land grabbers, and tenants subsidized by companies, supported by the government and with infrastructure of high destructive capacity, devastates the territories in an intense way,” said Mr. Liebgott. “If before [the land] was deforested with an axe and chainsaw, today it is with devastating equipment and heavy machinery.”

The report highlighted the Yanomami indigenous territory, a tract of land larger than Belgium that lies between the states of Roraima and Amazonas, which witnessed 1,000 hectares (2,471 acres) destroyed by mining activity last year. Violent clashes ensued between the indigenous community and the more than 20,000 estimated gold prospectors living in the region.

Last May, seven boats of heavily armed miners docked on the banks of the Uraricoera River in the village of Palimiú, Roraima. The men exited the boats firing their weapons, inciting panic in the nearby indigenous community.

Although no one was shot, in the midst of the attack, two children under the age of five ran off to seek refuge in the forest. The pair got lost and two days later their bodies were found lifeless, floating in the river.

The incident in Yanomami was the first of a series of attacks carried out by miners in the community during 2021.

On May 26, 2021, just 11 days later, illegal miners attacked the headquarters of the association of indigenous women on the Munduruku indigenous land, in the state of Pará.

They made death threats and burned the house of a local leader in reprisal for their stance against mining activity on indigenous lands. In June of last year, a community commission was preparing to go to Brasília to protest against the abuses when miners attacked.

“They want to burn the bridge so no one can get out, there are militias on site and so far no one has done anything,” she pleaded at the time.

In 2021, 176 indigenous people were murdered, six less than in 2020 which saw the highest number of indigenous killings since CIMI began keeping track in 2014.

Since reaching the presidency, Mr. Bolsonaro has maintained his stance of aversion to the indigenous cause.

To this day he has not demarcated, nor does he intend to demarcate, any new indigenous territory, and he’s already made several statements criticizing the act of demarcating land, which, according to him, hinders the advancements of Brazil’s agribusiness.

Mr. Bolsonaro’s anti-indigenous rhetoric has remained steady throughout his political trajectory. In April 1998, while he was a federal deputy, Mr. Bolsonaro gave a plenary speech in the Chamber in which he regretted the fact that Brazilian indigenous people had not been exterminated in the past.

“The Brazilian cavalry was very incompetent,” said Mr. Bolsonaro at the time. “Competent, yes, was the North American cavalry, which decimated its indigenous people in the past and today there is no such problem in their country.”

The president has also famously said he would remove protections for the Raposa Serra do Sol indigenous reserve in the northern state of Roraima, and defended exploiting the reserve’s natural resources and arming peasant farmers on the land.

Despite the president’s offensive against the Raposa Serra do Sol, the reserve remains duly demarcated as a protected area. However, the CIMI report documented three separate invasions into the territory by miners last year.

Perhaps as detrimental to indigenous populations as the government’s rhetoric promoting invasions into their territory is the administration’s disinterest in providing assistance to indigenous communities.
According to CIMI Executive Secretary Antônio Eduardo Cerqueira de Oliveira, the National Foundation of Indigenous Peoples (Funai), the government body tasked with protecting indigenous interests, has been all but abandoned by the current administration.

According to the CIMI report, the omission of basic aid from public authorities helped cause 744 deaths of children aged 0 to 5 years.

Many of these deaths could have been avoided if the Brazilian government had committed itself to promoting public policies for access to drinking water, food, basic sanitation and medicines.

Brazilian indigenous must be recognized, according to CIMI

Urgent measures must be taken to ensure that the deepening encroachment on indigenous rights and territories doesn’t worsen, according to the authors of the report who spoke with Brazil Reports.

Chief among actions that must be taken, according to the CIMI representatives, is the recognition and normalization of indigenous territories throughout Brazil.

“The normalization of indigenous territories has to be conceived from a government policy that aims to protect the environment, protect the climate and protect the human being,” said Mr. Liebgott.

He urged the government to resume indigenous policies that “respect the way of being of the indigenous peoples” including the demarcation, protection and regular inspection of all indigenous lands and recognizing the “indigenous peoples, their communities, and organizations as subjects of rights and guarantees.”