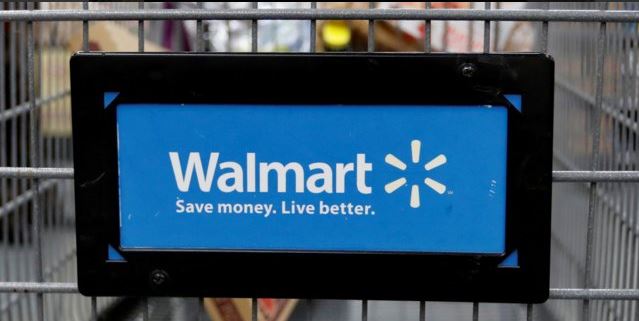 Walmart has announced that Brazilian private equity fund Advent International has agreed to invest in a majority stake, about 80%, in Walmart Brazil. While Walmart´s press release cites the reason for the deal is to “strengthen the business and position it for long-term success”, many are viewing the move as part of Walmart’s cleansing away of loss-making entities.

According to the agreement, Advent will hold 80% of Walmart Brazil, while Walmart Inc. retains the remaining 20% after the transaction is complete. The transaction is subject to regulatory approval in Brazil.

Thanks to Tienda Nube, the future of Latin American ecommerce looks bright

“We have been in Brazil for over 20 years and are excited about this partnership with one of the country’s leading retailers,” said Patrice Etlin, a Managing Partner at Advent International in Brazil. “We believe that with our local market knowledge and retail expertise we can position the company to generate significant results and reach new levels of success in Brazil. We plan to invest in the business, work with the Walmart Brazil management team, associates, Walmart and our industry advisors to create a more agile and modern company to accelerate its development and improve the customer experience.”

A global private equity fund, Advent has considerable local presence in Brazil as well as experience in retail investment both in Brazil and internationally. After opening its São Paulo office in 1997, the fund has invested in 30 Brazilian companies from several sectors. With a hold in the retail, consumer and leisure segments worldwide for 28 years, Advent has completed 75 investments in 22 countries.

“Walmart is committed to building strong, resilient businesses that continuously adapt to local customers’ needs in a rapidly changing world,” said Enrique Ostale, EVP and CEO of Walmart UK, Latin America and Africa. “We will retain a stake in Walmart Brazil and continue to share our global retail expertise, giving our Brazil business the best opportunity for long-term growth, providing opportunities for associates and low prices for customers.”

The press release calls the decision to collaborate with Advent in Brazil “a thoughtful and deliberate review of Walmart’s international portfolio.” The retail giant expects that the transaction will be followed by a non-cash, net loss worth around $4.5 billion in the second quarter.

“A significant portion of the net loss is due to the recognition of cumulative foreign currency translation losses and the final loss could fluctuate significantly due to changes in currency exchange rates up to the date of close. Following an anticipated close later this year, Walmart expects no ongoing material impact to EPS in the current fiscal year and a slight positive impact next fiscal year,” the press release said.

The largest retail chain in the world, Walmart has more than 11,700 stores under 65 banners in 28 countries and e-commerce websites, which record weekly customer visits of nearly 270 million. Its revenue for FY2018 alone is a whopping $500.3 billion. Also, the American retail giant´s global employment number is approx. 2.3 million.

Walmart’s has been present in Brazil for the last 22 years, with 438 stores in 18 states, employing 55,000 associates. FY 2017 showed its total sales to be more than 25 billion Brazilian Real.

Advent International was founded in 1984 and has invested in over 330 private equity transactions in 41 countries.  As of December 31, 2017, its assets under management were worth $42 billion. With an established global team of over 190 investment professionals across North America, Europe, Latin America, and Asia, the firm’s investments are seen in areas such as business and financial services; healthcare; industrial; retail, consumer and leisure; and technology, media and telecom.

With more than 30 years of international investing experience, Advent partners with management teams to help its portfolio companies sustain revenue and earnings growth. Brazilian markets have seen Advent´s participation for more than 20 years, in which it has invested in 30 Brazilian companies, such as retail company Dufry, global travel retailer, Quero-Quero, Allied, International Meal Company, and Fortbras.

According to reports, the deal has been in the offing for months and will probably close in the second half of FY 2019. Walmart also disclosed later that it might collect up to $250 million in contingent consideration, although the contingencies were not made clear.

“Advent would contribute additional capital to the business over a three-year period, and Walmart would provide an indemnification for pre-closing tax and legal contingencies, as well as certain other matters,” the Tech Crunch quoted Walmart.

Brazil is one of the largest markets in Latin America. Still, Walmart’s growth in the country hasn’t been significant. The divestment decision comes in the wake of one of the biggest retail deals pulled off by Walmart in another BRIC economy, India. Walmart bought 77% stakes in Indian e-commerce company Flipkart for $16 billion in its attempt to capture the online retail market it was losing to Amazon, deemed to be of no less than $1.3 billion. Walmart also agreed to merge its UK grocery chain with British retailer Sainsbury, while retaining a 42% stake in the combined entity.

This article was originally published on LatAm Tech.