What will Lula’s imprisonment mean for October’s presidential elections? 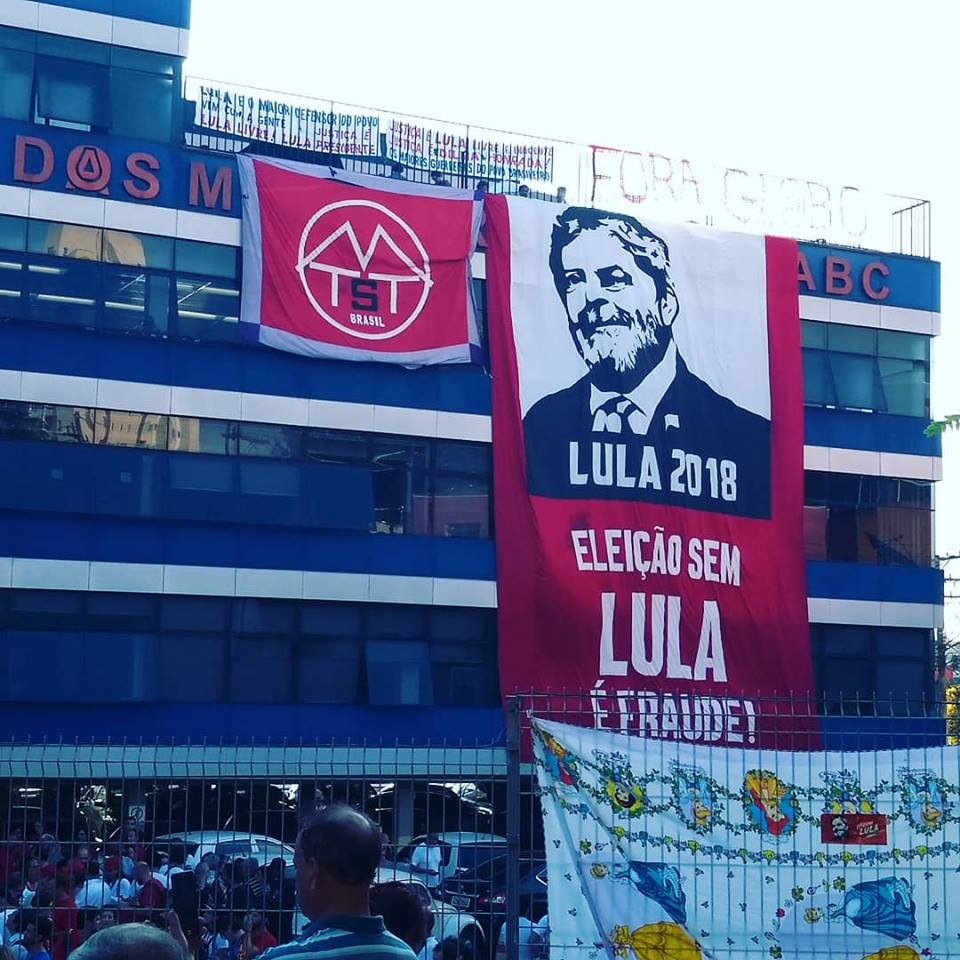 Lula claimed to stand for the Brazilian people, for social justice and an equal, inclusive Brazil. Now, however, he finds himself behind bars on charges of corruption. As #FreeLula protests continue all over Brazil, in cities across the world such as Lisbon, and even outside the Brazilian embassy in London, levels of public outrage are most definitely likely to rock Brazil’s political boat.

The PT (Workers’ Party) candidate was set to have a 37% popularity rating if he was able to run for President, according to polls carried out in January 2018 by newspaper Folha de São Paulo. It is not surprising, therefore, that with Lula most likely out of the running for president in October’s elections, anarchy has broken out among his supporters.

It is not just voters who have been affected by Lula’s imprisonment. According to Bloomberg, the centre-right Democratas party, a long-time opponent of Lula’s, has seen their MP numbers sky-rocket from 21 to 41 since he was charged. This recent political party-swapping has, for the most part, involved moves from left to right-wing political parties.

However, it is impossible to say that these political shifts are a direct result of recent developments in the Lula da Silva saga. Brazil’s centre to right-wing parties have always been popular among certain sectors of the population. For example, despite PSL (Social Liberal Party) leader Bolsonaro’s conservative views on torture, homosexuality and criminals, he still won 18% popularity in January’s polls. In other words, with Lula gone, he is predicted to be Brazil’s most popular presidential candidate and could well win the support of religious evangelicals.

Other politicians in the running include centre-right Rede Sustentabilidade candidate Mariana Silva, with a 13% popularity rating, who campaigns for the protection of the environment and sustainable development. Lagging behind, is centre-left PDT (Democratic Workers’ Party) candidate Ciro Gomes, who has already run for President twice before, with 10% popularity. Both on an 8% popularity rating are centre PSDB (Brazilian Social Democracy Party) leader Geraldo Ackmin, and media personality and television host Luciano Huck, who does not belong to a political party.

Recent political shifts could also be put down to current public sentiment towards institutions. Speaking to the Financial Times, political analyst Chris Garman from Eurasia Group spoke of a familiar sounding “lack of trust in political institutions and leadership, a lack of trust in the media and discontent over the quality of public services wrapped up with corruption” surrounding this year’s presidential elections in Brazil. Brazilian journalist, member of Rio City Council and PSOL (Socialism and Liberalism Party) member David Miranda, also took to Twitter to emphasise the “great distrust of political institutions” in the current delicate political climate.

Indeed, the left-wing disenchantment with mainstream Brazilian media is not a recent development. During ex-president Dilma Rouseff’s impeachment, for example, young people took to social media to express their discontent with alleged press manipulation, in what they believed to be a coup d’état.

This is not something the Brazilian government is taking lightly. In February of this year, it was announced that Brazil’s Federal Police would start developing law enforcing strategies to prevent fake news from being produced during the October elections. This is something that concerns a whopping 92% of the Brazilian population, according to last year’s BBC poll.

Hopefully, current thoughts will all become clear this Sunday, when new public opinion polls from Datafolha are expected to be released. This will be the first survey since Lula’s arrest.