Brazilian and international leaders to discuss India’s future at Horasis 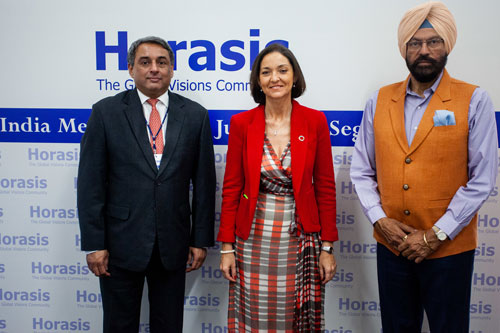 To discuss the country’s future Horasis, a global visions community, will be hosting its upcoming Horasis India Meeting this June 22nd. The discussions will be set to revolve around solutions for the current crisis and plans to shape the economy post-COVID-19.

Founded over a decade ago, the Horasis India Meeting provides a platform for business and government to discuss issues relating to the Indian economy. The conferences has become the foremost annual meeting of Indian business leaders and their global counterparts.

At the Horasis India Meeting leaders will explore Indian firms’ further rise to global eminence while debating how to grow the country’s economy sustainably.

Horasis is led by Founder and Chairman Dr. Frank-Jürgen Richter. According to the founder, “Horasis is from ancient Greek meaning ‘to gaze at, as in a vision.”