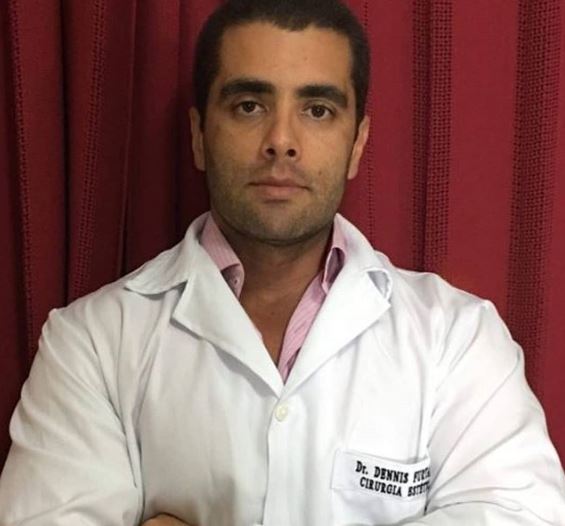 An ultimately fatal, quick-fix bottom lift surgery done in a doctor’s apartment may have led to the death of a plastic surgery patient in Rio de Janeiro. The surgeon involved, who is known commonly as “Dr. Bumbum,” was arrested Thursday along with his mother, reported news outlet G1.

The patient, who died early Monday morning as a result of the procedure, has been identified as Lilian Quezia Calixto and had reportedly travelled over 2000 km from the capital of Mato Grosso, Cuiabá for the appointment in the apartment of surgeon Denis Furtado.

In a medical bulletin released by the Hospital Barra D’Or, where Calixto was taken as soon as she began to have complaints of pain, it noted that the patient arrived at the hospital looking blue, sweating and suffering from a lack of air and tachycardia. However, she was said to be speaking rationally, explaining how 300 mm of silicone had been injected into each gluteus muscle, reported G1.

Calixto passed away after having four heart attacks, doctors said.

Having gained an almost celebrity-like status through Instagram posts of his patients pre- and post-operation, Furtado, known as ‘Dr. Bumbum,’ is now in police custody in Barra da Tijuca, Rio’s East Zone.

In the days immediately following the incident, the surgeon and his mother were nowhere to be found, reported The Telegraph. Having offered a police reward of up to $1000 Brazilian reais (equivalent to just over $250 USD) for information as to his whereabouts, he was eventually arrested by members of Brazil’s military police force inside a shopping centre.

If found guilty of carrying out a cosmetic procedure in an inadequate environment, Furtado would face charges of qualified homicide and could be stripped of all of his titles as a doctor.

His girlfriend and secretary, 19-year-old Renata Fernandes, was also arrested and has been taken to a triage centre in Rio’s North Zone on the same charges. However, her representatives maintain her innocence and are looking for a habeas corpus in order to guarantee her release.

“What the media is saying about me is unjust,” he stated. “I am being blamed for a crime that I haven’t committed.”

Claiming to have already carried out 9000 procedures and written two books on the specialty, the doctor insisted he did not use industrial silicon in the procedure.

“I suffered an attempted gun attack whilst being followed in a car,” he said, explaining what had delayed him from posting the video, which was released four days after the incident.

According to Brazilian Plastic Surgery Society (SBPC) President Dr. Niveo Steffen, who was interviewed by The Telegraph, “Plastic surgery is much esteemed in Brazil, but social media provides a lot of opportunities for unethical people to sell unachievable dreams.”

The expert also told news agency AFP that it was impossible to carry out plastic surgery inside an apartment.

Dr. Furtado often posted videos of interviews with satisfied patients and documented procedures to advertise his services on his Instagram.

Brazil has the world’s second highest levels of cosmetic surgery, second only to the US, with over 4500 licensed cosmetic surgeons and a high demand for these types of procedures.