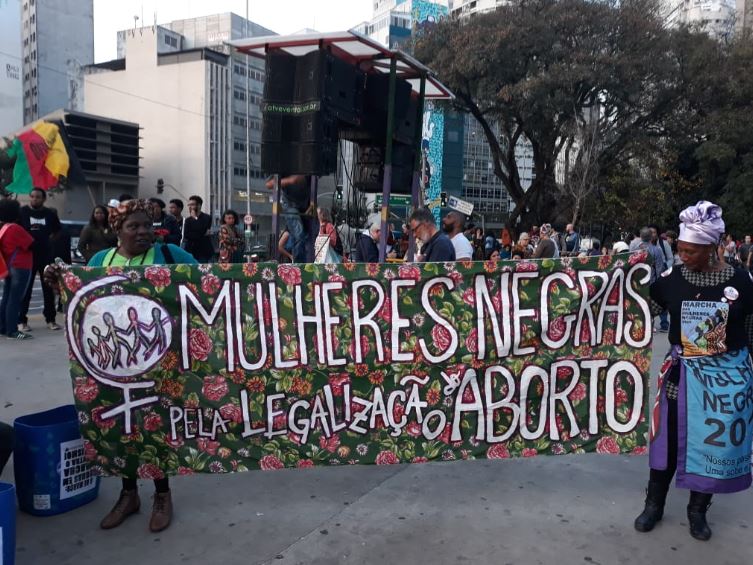 Following the release of a Human Rights Watch video ruling that Brazil’s abortion laws are incompatible with human rights obligations, the organisation is due to speak at a public hearing taking place at the end of this week, advocating the legalisation of abortion in the first 12 weeks of pregnancy.

The hearing, due to take place in Brasilia, is part of a Supreme Court Case originally filed by Rebeca Mendes Silva Leite, who last year appealed to Brazil’s justice system in order to legally terminate her unwanted pregnancy. Although her appeal was originally rejected by Supreme Court judge Rosa Weber, the case was pushed through by the Latin American Institute of Bioethics, Human Rights and Gender (ANIS).

Home to the world’s largest Catholic population, Brazil is a country whose religiously conservative stance has historically been reflected in its legislation.

There are currently three instances in which a woman may legally have an abortion in Brazil, which include rape, risk to the mother, or in the instance that the baby may be suffering from anencephaly, a disease in which the foetus develops without a major part of its brain and skull.

In the event of any other circumstances, a Brazilian woman who falls pregnant unwillingly traditionally faces two options: to either keep and give birth to her baby or alternatively to opt for a clandestine abortion on the black market, via pills or a procedure.

“I was afraid to take the [abortion] pill and risk complications at home and not be able to go to the hospital to explain what’s happening,” Silva Leite explained to Human Rights Watch, detailing how she feared dying at home and leaving her two children behind.

“I was [also] afraid of going to the hospital and having to talk about what really happened,” she continued, referring to the possible legal consequences an illegal abortion can have in Brazil, where women are sometimes liable to prosecution for undergoing such procedures.

In spite of the law, one in five Brazilian women are estimated to have terminated a pregnancy by the age of 40. The country’s hospitals and clinics, therefore, are more than familiar with the sometimes drastic health consequences that clandestine abortions have the potential to cause.

Speaking to Human Rights Watch, Recife-based obstetrician-gynecologist Dr. Leila Katz explained how she had seen serious infections develop as a result of illegally-performed procedures, as well as uterine wounds and ruptures and, in the worst cases, death.

As always, it is Brazil’s most marginalised female populations that suffer the most, pointed out ANIS co-founder Debora Diniz.

Following the legalisation of abortion in cases of anencephaly in 2012, there has been only one other major time when conversations around the topic of abortion have reignited in Brazil.

The issue became particularly prominent at the height of Brazil’s mosquito-induced zika epidemic in 2016. The outbreak, which was declared a national health emergency at the time, saw millions of babies born with microcephaly, a condition whereby improper developments of the brain caused babies to be born with abnormally-sized heads.

Despite widespread debate on the subject, the World Health Organisation advised women to delay pregnancy, confirming that the zika outbreak had no link to abortion debates and no further progress was made to change laws.

In today’s context, however, opinions on the subject are gradually beginning to change, with groups such as ‘Catholics in Defense of a Secular State’ pointing out that it is indeed possible to be both Catholic and a believer in the legalisation of abortion.

With October’s presidential elections looming, recent interviews conducted by Grupo Folha-owned Noticias UOL revealed that eight pre-candidates were in favour of keeping current abortion legislation, whereas only two believed it to be a topic that required discussion.

Meanwhile, Human Rights Watch Americas Director José Miguel Vivanco remains optimistic, underlining the importance of the upcoming hearing for Brazil, “The case now before the Supreme Court is a crucial opportunity to provide women and girls in Brazil with greater reproductive choice, in line with their rights under international human rights law.”