Brazil’s indigenous languages are under threat 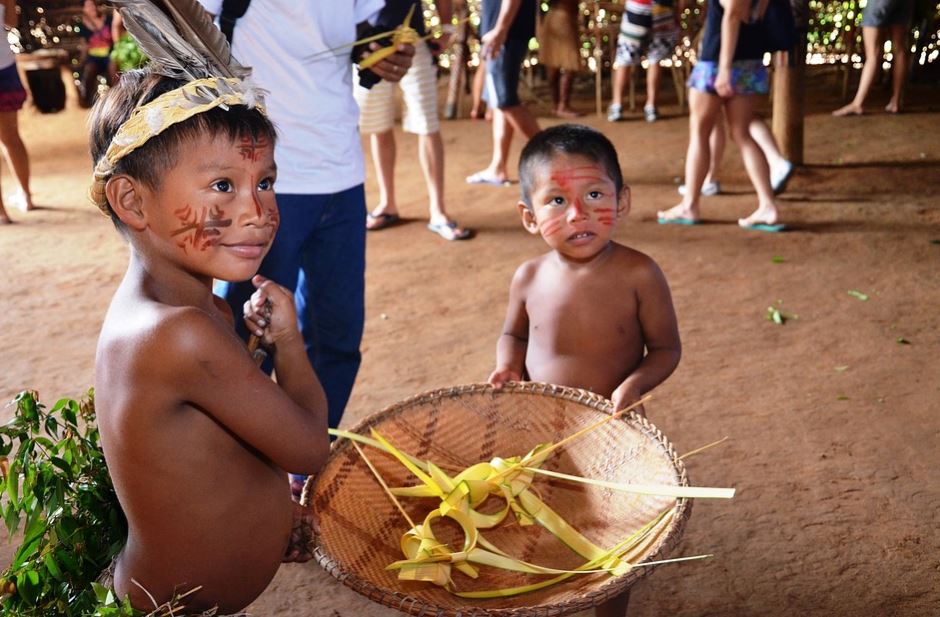 Of the more than 200 languages spoken in Brazil, 178 of them are indigenous and classified as vulnerable or endangered. According to UNESCO, 12 are extinct.

As deforestation continues in the very regions indigenous people call home, activists are worried that the status of these endangered indigenous languages will deteriorate even further.

President Jair Bolsonaro issued in early January an executive order that gave the Agriculture Ministry authority over how lands claimed by indigenous groups are managed. This transfer of power came at the expense of Brazil’s FUNAI, or National Indian Foundation, a governmental agency that oversees the rights of indigenous peoples. Bolsonaro has expressed interest in deforesting some of these lands for mining and agriculture.

Bolsonaro has also stated that indigenous groups must be integrated into Brazilian society, which some presume is a way to utilise the resources in the isolated lands they inhabit.

What would this mean for the languages spoken by these groups? There are several possibilities, each of which has already played out in Brazil before.

A municipality may grant local indigenous languages official status, making instruction in the language accessible to children and heritage speakers. Such was the case in São Gabriel da Cachoeira in the state of Amazonas. It is Brazil’s third-largest municipality, and the Nheengatu language has enjoyed official status alongside Portuguese since 2003.

Speakers of other languages may be forced into nearby cities and towns where Portuguese is more prevalent, thereby placing the migrants’ own languages at risk. In the municipality of Barcelos, likewise in Amazonas, this manifested in a 136 percent increase in the indigenous population of Barcelos between 2000 and 2010. In turn, this resulted in the Barcelos Indigenous Association, which strives to maintain indigenous cultural identity in an increasingly globalized, Lusophone Brazil.

Alternatively, as has been documented to have occurred with 36 languages in Brazil throughout history, the language could die out entirely.

“Since the Amazon rainforest will be among the potential areas for agricultural expansion, this will mean increased deforestation and increased displacements and violations of the rights of indigenous peoples in the Amazon,” Tauli-Corpuz told Deutsche Welle.

She goes on to argue that the desire for forced assimilation of indigenous peoples into the dominant Lusophone society is racist. Indeed, there is a vast historical precedent for such practices from Ancient Rome to forced assimilation in Canada, Kinder der Landstrasse in Switzerland, and Aboriginal internment in Australia, to name a few.

The threat facing indigenous languages in Brazil is immediate and severe. In 1990 there were only five speakers left of Djeoromitxí, and Kulino has just a few speakers remaining. Whilst some languages with significant populations of native speakers still exist, among them Ticuna (approx. 50,000) and Kaingang (approximately 18,000), there are many more hanging by a thread.

Thorin is a translator and freelance reporter from Michigan, currently living in Germany. He chiefly writes about human rights and elections in South America. Follow him on Twitter @EngesethTh.