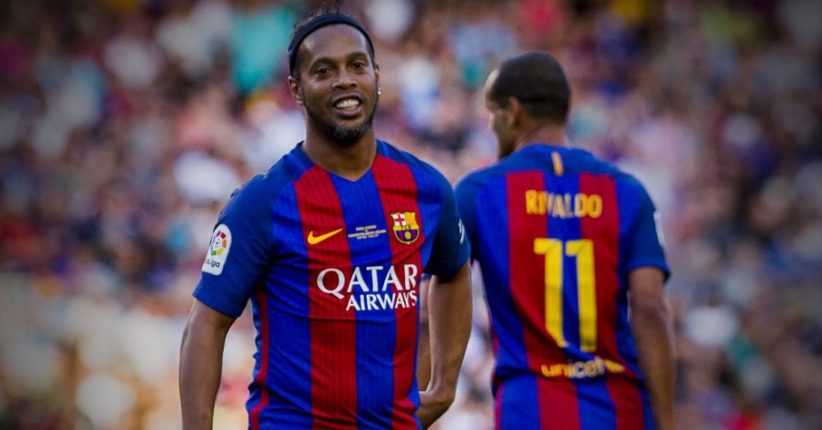 “For a better Brazil, I hope for peace, security and someone who can bring our joy back. I chose to live in Brazil and I want a better Brazil for everyone!!!” ex-Barcelona player Ronaldinho posted on his Instagram 10 days ago.

Ronaldo de Assis Moreira, more commonly known as Ronaldinho, played for FC Barcelona from 2003-2008 and was named an ambassador of the club in February of last year.

However, his current status could be under threat given Ronaldinho’s recent declaration of his pro-Bolsonaro political stance in the run-up to Brazil’s general elections.

Wearing a no. 17 Brazil team football shirt (the symbol of support for right-wing presidential candidate Jair Bolsonaro during this year’s elections), which coincidentally corresponded to Bolsonaro’s candidate number, the football player explicitly shared his political views with his 37.6 million Instagram followers.

However, according to Spanish football news outlet Sport, the Catalan club finds Bolsonaro’s openly homophobic, racist and sexist ideologies unacceptable and is now distancing itself from its ex-forward Ronaldinho.

Although FC Barcelona has, up until now, declined to publicly express their view on the subject, Catalan newspaper Sport claims that ideologies such as those of Bolsonaro are against their values as a football club.

PSL (Social Liberal Party) candidate Bolsonaro has expressed his sentiments against women, Afro-Brazilians and the LGBT community over his 30-year long political career, causing an international opposition movement to break out against his campaign to become president.

The most recent IBOPE survey results have indicated that Bolsonaro currently stands a 59% chance of becoming president in just under two week’s time. PT (Workers’ Party) candidate Haddad is lagging behind with 41%.

“Threat to Brazil’s democracy:” Haddad speaks out against Bolsonaro