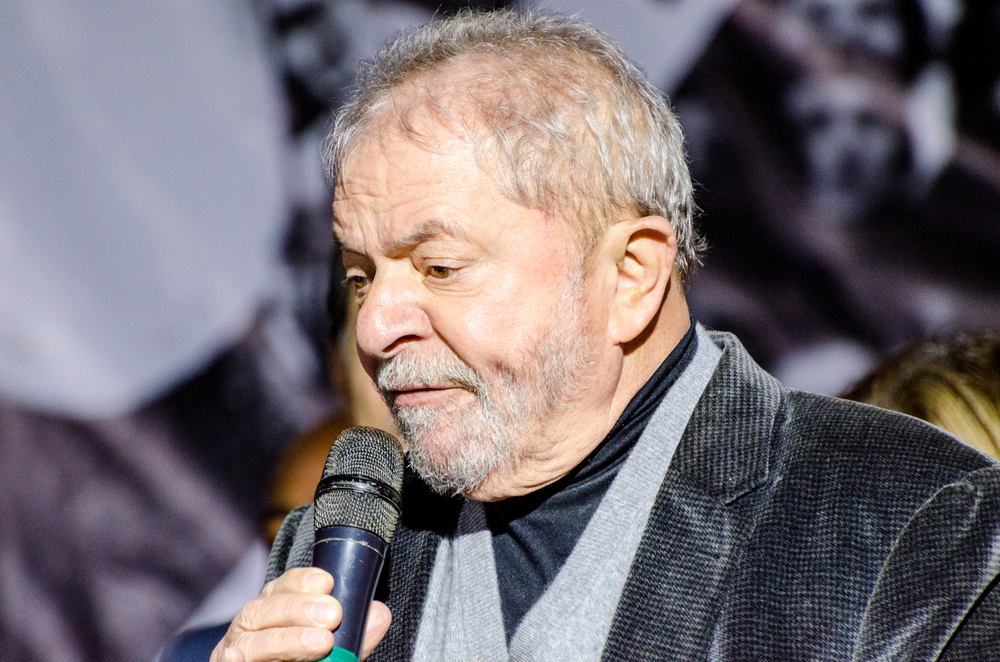 Brazil is no stranger to soap-opera style politics. 2016 saw the impeachment of ex-president and former Workers’ Party (PT) leader Dilma Rousseff, who was accused of manipulation of public accounts and removed from office by 61 votes to 20. Michel Temer has since been serving the remainder of Dilma’s second presidential term as the new president of Brazil, but his time in office has not been easy. He has been deeply unpopular from the beginning, when he was received with resounding boos at the closing ceremony of the 2016 Rio de Janeiro Olympic Games, which had been one of his first major tasks, and whose after-effects have been subject to heavy scrutiny. He has also been accused of corruption on several occasions over the past two years and has recently had to deal with the political uproar caused by possibly one of the most high profile assassinations of politician and human rights activists in Brazil’s recent history, Marielle Franco, which he called an “act of extreme cowardice”.

The backdrop to these theatrical few years of politics is still the Lava Jato investigation, an ongoing police enquiry into money laundering charges led by judge Sergio Moro, involving investigations of over 200 people in what has been labelled the largest corruption case in Brazilian history.

The latest political saga involves Lula da Silva, who over the course of last year has been charged with over five instances of corruption and found guilty of accepting of $12M Brazilian reais in bribes from privately-owned conglomerate OAS, in return for contracts with semi-public petroleum company Petrobras. In July 2017, he was sentenced to 9 and a half years in prison, a sentence which was recently increased to 12 years after his recent appeal against it, which was unanimously upheld by all judges.

Lula, who served two terms as President of Brazil from 2003-2011 and led the country through some of its most economically prosperous years, left office with an approval rating of around 80%. Once labelled the “most popular position on Earth” by ex US President Barack Obama, he was famous for popular state social welfare programs such as the Bolsa Familia. Lula is described as a “guerrilla fighter of the Brazilian people” in his supporters’ chants. Born into a poor, illiterate family in the state of Pernambuco and not having learnt to read until the age of 9, he represents the masses.

Federal Judge Sergio Moro initially issued a deadline of 5pm on Friday evening for Lula to turn himself in to a police station and serve his sentence. However, having protested his arrest for 48 hours over the course of this weekend, which involved him spending two nights in a workers’ union building near São Paulo, his loyal supporters gathered on the streets to show their support, and what seemed like the entire country paused to follow the storyline as it unfolded.

Support for Lula is divided: in January, 37% of Brazilians said they would vote for him in the upcoming October presidential elections. His followers are dedicated and loyal, some believing he was the best president Brazil has ever seen. His opposition, however, believe he should be punished for his allegedly corrupt actions and some maintain that he is the worst thing to have happened to Brazil.

Eventually, on Saturday, the 72-year-old politician turned himself in to the police, despite efforts by supporters to blockade him from accessing the police station and prevent his surrender. There is now debate as to whether he will be allowed to run for President in October’s elections. Theoretically, according to the ‘Clean Sheet’ law introduced in 2010, those with criminal convictions must serve an eight-year ban from public office. However, until the Superior Electoral Tribunal has its final say, Lula is still technically allowed to campaign from his prison cell.

In a similar sense to those who believe Dilma’s impeachment was part of a ‘plot’ designed by politicians to cover up evidence related to the Lava Jato investigation, there are those who believe his prison sentence was set up by politicians to prevent him from running for President in October. Lula himself maintains his innocence and, speaking to his supporters just before he turned himself in, his attitude was very much one of not giving up, “I’m not hiding, I’m going to go there to see their faces so they know I’m not afraid, so they know I’m not going to run, and so they know I’m going to prove my innocence”, he shouted.

The country is now more politically divided than ever, with serious concern over what actions those who would have originally voted for Lula will now take, if he does end up out of the running for President. According to polls conducted by the newspaper Folha de São Paulo back in January, far-right candidate Jair Bolsonaro, who has previously supported Brazil’s military dictatorship and dedicated his impeachment vote for former president Dilma Rousseff to Carlos Alberto Brilhante Ustra, who allegedly tortured her during Brazil’s military dictatorship, is the second most popular.

With state security under control of the military since February, a tactic that according to current President Michel Temer is “going well”, tensions are high in Brazil. Just this weekend, at least 10 people were injured when police fired rubber bullets at unarmed protestors in Curitiba, campaigning for Lula’s release, and the recent tragedy of Marielle Franco’s death has proven that the worst is indeed possible in the current political climate.