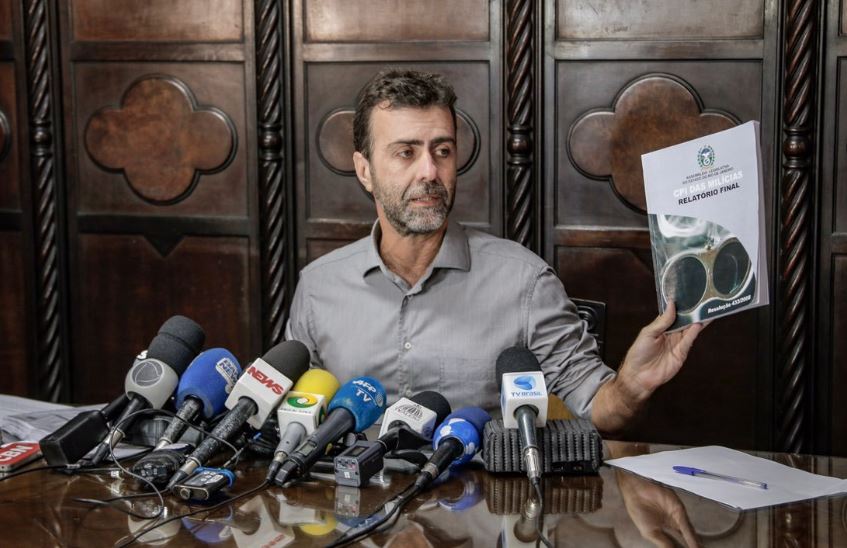 On the day news of reasons behind Marielle Franco’s death broke, Rio de Janeiro State Representative Marcelo Freixo told journalists at a press conference that he had received yet another death threat.

Freixo worked closely with Franco throughout her career as a city councillor when the pair investigated one of the largest militia groups in Rio’s West Zone a decade ago. The final report of the investigation, which Freixo authored at the time, contained around 200 names, each with warrants for arrest. When Franco died, therefore, Freixo’s name was among those that frequently appeared in investigations into her death.

After information was reported through an anonymous tip, state police intelligence officers were able to uncover the most recent plot to assassinate Freixo, which was due to take place while he was in a meeting at Rio’s union of private school teachers (Sinpro) on Wednesday December 12.

As a result, the meeting was cancelled and Freixo suffered no harm. The news was broken in an exclusive by Brazilian daily O Globo the following day.

However, as part of his continued effort to defend human rights, Freixo recently explained to journalists that, along with his team, he has “faced dozens of threats over the past ten years.”

The news of continued threats happened to be divulged during a particularly poignant week for Freixo, as it marked nine months since Franco’s assassination, a point where leads had only just been established.

“We can’t believe in a Rio de Janeiro where a councilwoman is brutally assassinated and the crime is not solved, where there is a criminal group controlling such huge areas and being able to kill, threaten, and exploit such a huge number of people,” he told journalists at the press conference.

Since Franco’s assassination, attacks on the defenders of human rights in countries such as Brazil have not experienced any sort of reduction. As a result, the Inter-American Court of Human Rights has issued a call to the country’s government insisting on the investigation of these death threats, reported El Pais. The organisation described the situation has having become “much more serious” in the last year.

Meanwhile, previously accused of having ordered Franco’s death, City Councillor Marcello Siciliano has continued to deny his involvement in her assassination during questioning. Having also received threats against his life, Siciliano urged federal authorities to take over the case, as opposed to the civil police force homicide division, calling for more transparency in the investigation.