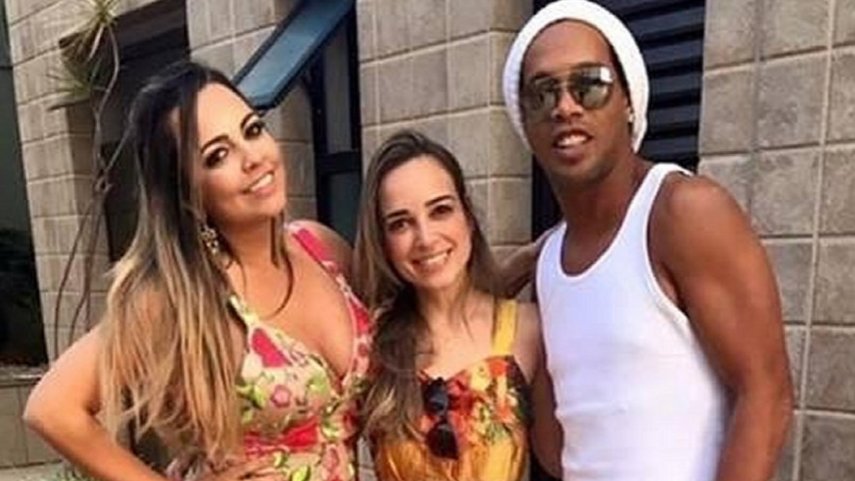 Ex-footballer for Barcelona Ronaldinho Gaúcho is set to marry both of his two girlfriends later this year.

Brazilian newspaper O Dia reported that the ceremony will take place in August in his luxury condominium in Santa Mônica, in the state of Rio de Janeiro. The marriage will only be for close family members, and his neighbour, the singer Jorge Vercillo, will be responsible for the soundtrack to his big day.

His sister, however, is openly against his bigamous relationship and has already announced that she will not be attending her brother’s big day.

Infobae explained that Rodaldinho first met Priscilla Coelho in 2016, but when he met Beatriz Souza, the three began an open relationship and all three now live together harmoniously in his apartment, valued at $6.6 million dollars. Ronaldinho reportedly asked them to marry him together, and gave them both the same ring.

O Dia reported two days ago that the two women each receive a monthly allowance of R$5,000 (around $1370 US) for them to spend “on anything they want.”

Polygamy is currently illegal in Brazil and can incur a sentence of two to six years. However, The Week reported a landmark case in 2012, where Public Notary Claudia do Nascimento Domingues approved a civil union between a man and two women. This is not technically against the law because those involved in a civil union do not receive all the rights of a married couple. For example, if one woman were to have a child, the other woman would not be granted full custody. Registering a civil union only requires establishing that the applicants share an address and a bank account.

Spanish language news source Efe reported a rise of people in polygamous relationships taking advantage of this. The Notary Office told Efe that these triple-weddings “were only possible thanks to a loophole in the law that simply does not specify whether or not other forms of relationships constitute a stable union.”

Brazil is predominantly a Catholic country, and the Church is clearly outraged at this direct flouting of God’s law, using various Bible quotes to back up their opinions.

“God also gave them up to uncleanliness, in the lusts of their hearts, to dishonor their bodies among themselves, who exchanged the truth of God for the lie, and worshipped and served the creature rather than the Creator, who is blessed forever.”

However, the Church’s opposition doesn’t change the fact that a civil union between three individuals is not an illegal act in Brazil, and come August, Ronaldinho and his two brides will be another polygamous relationship in a legally binding civil union.