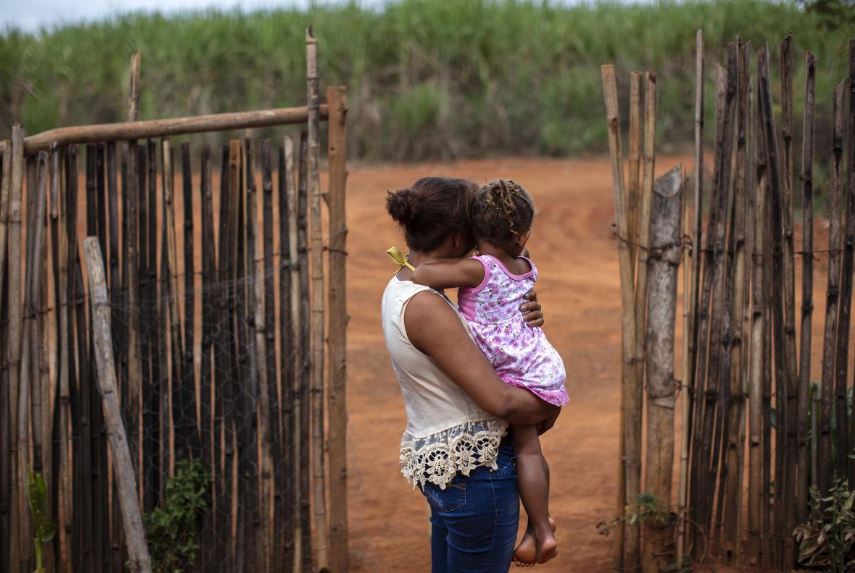 Warnings that Brazil’s pesticide use is spiralling out of control have been made public knowledge thanks to a Human Rights Watch report, released today, July 20.

The 50-page report, entitled ‘You don’t want to breathe poison any more: the failing response to Brazil’s pesticide drift in rural communities,’ outlines specific cases of 73 Brazilians living in various remote communities, who continue to be poisoned by pesticides that are being sprayed from the air.

The disastrous consequences linked to this level of exposure to toxic chemicals, which are often sprayed dangerously close to houses, workplaces and schools was first brought to the public’s attention in 2013, when 90 people were hospitalised as a result of pesticides being sprayed above the village of São José do Pontal, Goiás.

This particular region of Brazil’s countryside is home to vast corn and soya plantations, where pesticides are regularly sprayed in order to optimise crop growth and therefore increase levels of production.

As a country, Brazil currently spends around US $10 billion on pesticides, making it one of the world’s largest consumers of these chemicals. As a result, more crops are growing, meaning that land for cultivating grains has increased by approximately 60% over the last four decades.

Although a major driver of the national economy, increasing levels of agricultural expansion across the main industries of soybeans, corn, cotton and sugarcane is already having a large impact on deforestation, as well as a long-term negative effect on the health of the country’s population.

The majority of pesticides in Brazil are sprayed from the ground, says the report, via tractor-mounted ‘boom sprayers’. However, a relative amount continues to be sprayed from aeroplanes, which can lead to problems of pesticide drift, as factors such as wind speed and spraying parameters must then be taken into account.

#Brazil is drowning in toxic pesticides sprayed around schools and villages. https://t.co/e5Mp0f7RPs pic.twitter.com/S7LrqczKJS

The report itself features interviews carried out by members of the Human Rights Watch organisation over the period of around a year, across seven different remote areas of Brazil. The demographic of interviewees ranged from members of indigenous communities, to quilombo residents (Afro-Brazilian settlements), farmers and rural school children.

According to results, people from each of the seven areas were registered to have experienced symptoms of acute pesticide poisoning, which include sweating, vomiting and nausea, increased heart rate, headaches and dizziness. Although there is a significant lack of data on this problem, according to the report, Brazil’s Ministry of Health recognises the issue and acknowledges the need to investigate further.

“[Pesticide spraying] disturbs us, and it causes nausea; it gives me a headache. I try to sit on the other side of the classroom [from the side closest to where they spray]. We have a fan, it helps a bit, but the smell remains. I’ve felt nausea, dizziness. It’s bad because you want to vomit, but it gets trapped in the throat,” claimed a 13-year-old boy from the region of Goiânia, Goiás.

Although the acute symptoms are relatively minor, longer term impacts could result in infertility and cancer, with children, the elderly and pregnant women finding themselves particularly at risk.

As a protective measure, the report concludes upon the necessity for Brazil’s government to establish a buffer zone around areas where pesticides are being sprayed. This is due to the lack of official state regulation to protect humans from drifting pesticides and the unofficial rule of spraying 500m away from any vulnerable area, which is seldom observed. The report also recommended that pesticides cease to be sprayed from the air and, instead, should be distributed via tractors on the ground in order to avoid such levels of chemical contamination.

Another concern the report highlighted was the issue of threats facing those who speak out against the use of pesticides in Brazil’s agricultural industry. Indeed, fear of threats was a topic of conversation in five of the seven areas visited for interviews.

In the near future, a bill to regulate pesticide use is set to be put to Brazil’s Congress, having been approved by a special commission in June of this year. Members of the Lower House will then vote in order for it to be passed on to the Senate.

The report was written by Human Rights Watch associate environment and human rights director Richard Pearshouse, who warned, “The Brazilian authorities need to stop this toxic exposure and ensure the safety of those who speak out against the harm the pesticides are causing to their families and communities.”