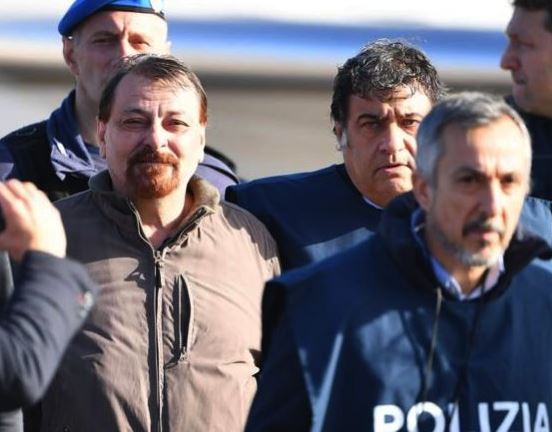 Brazilian President Jair Bolsonaro has made no secret of his satisfaction at the fact that Italian former leftist guerrilla Cesare Battisti, who lived in Brazil for 7 years in an attempt to escape prison, has now been captured and arrested in Bolivia.

Battisti, who was involved in the murder of four individuals during his time as part of Italy’s far-left militant organisation Armed Proletarians for Communism (PAC) in the 1970s, has been sentenced to life imprisonment.

Having previously fled from both France and Mexico in order to avoid extradition, the now 64-year-old convict lived through a mixture of freedom and imprisonment in Brazil. After living secretly for three years in the state of São Paulo, he was arrested in Rio de Janeiro in 2007 and subsequently spent four years in prison.

However, thanks to the help of former President Lula da Silva, Battisti was issued a decree which meant that he could not be extradited to Italy and he was left free to live. The Italian has a five-year-old Brazilian son.

As soon as Bolsonaro was elected president, nevertheless, he promised the Italian Interior Minister Matteo Salvini that Battisti would be sent back to Italy in order to see out his prison sentence for the crimes he has been convicted of.

After a warrant was sent out for his arrest in December of last year, Battisti was eventually found on January 12, having escaped to Bolivia, and arrested. Today, he arrived in Italy for the first time in 38 years, since escaping from prison after three years of serving his sentence.

He is now expected to serve six months in solitary confinement.

Interior minister and leader of Italy’s right-wing party Lega Nord, Salvini was one of the few high-profile European politicians to endorse Bolsonaro during his electoral campaign last year. Today, he thanked the Brazilian president via Twitter for his pursuit of Battisti, outlining his commitment to “strengthen[ing] the ties” between the two countries’ populations and governments.

Given that Battisti was famously endorsed by Lula, Bolsonaro sees his capture and return to Italy as an important defeat for the Brazilian leftist Workers Party (PT).

Indeed, the day after his arrest, the Brazilian president tweeted, “Congratulations to those responsible for the capture of terrorist Cesare Battisti! Finally justice will be brought to the Italian assassin and sharer of the ideals of one of the most corrupt governments in the world (PT).”

His son, Eduardo Bolsonaro, supported his father on social media. “Ciao Battisti, the left cries!” he tweeted, in an ironic nod to the infamous “Ciao, querida,” that Lula was recorded to have said to his former PT colleague and ex-President Dilma Rousseff, in a conversation that went on to serve as evidence of corruption against her.