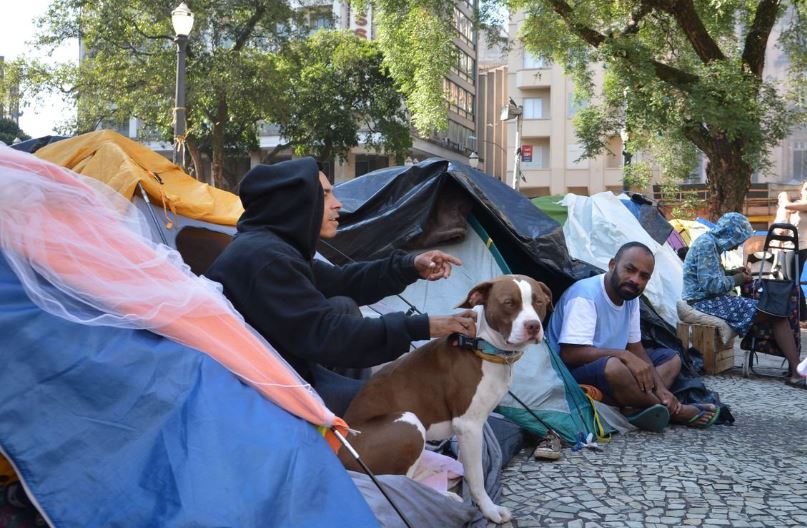 The fire, labelled “a tragedy foretold” by City Mayor Bruno Covas in a statement to journalists, saw 92 families or 248 people displaced, who have since been sleeping in emergency tents in a city centre square. The city’s civil police forces remain in the midst of a ongoing investigation into the causes of the fire.

Having been overlooked by many for years, this tragedy has thrust an ever-present issue into the spotlight.

Having formerly served as factories, the majority of these buildings are already a registered concern for authorities and many residents find themselves at risk. In fact, investigations carried out before the Wilton Paes de Almeida fire revealed several existing problems, including unremoved waste, combustible materials and blocked fire escapes.

In light of last month’s disaster, the government have stated that they are aware of the ever-present risks to the city’s squatter community. Housing secretary Chucre told Reuters that the city is carrying out safety inspections in all of its vertical squats, but is yet to announce what the steps forward will be once they are complete.

Speaking to El País, however, what he did hint at was planning for a specific credit to provide financial help for those looking to buy housing in the centre of the city, as well as plans to convert several public buildings into centres for social housing.

At the moment, Chucre is in the process of attempting to gather federal subsidies for projects in the city centre that will benefit homeless communities, however, as he told El País Brasil, he “has little hope that new funds will appear.” The current lottery system which is in place offers housing to a small percentage of families per year that are able to sign up. Current numbers of enlisted families to receive lodging sit at around 191,000.

According to Reuters, the state government expects the programme to oversee the building of 3,600 housing units by 2020.

Provided they fit the social housing programme’s various requirements, successful applicants are contacted each year to receive the benefits. However, for many Brazilians whose names have been on the list for years, there is no other choice but to wait and hope they will be among the lucky few.