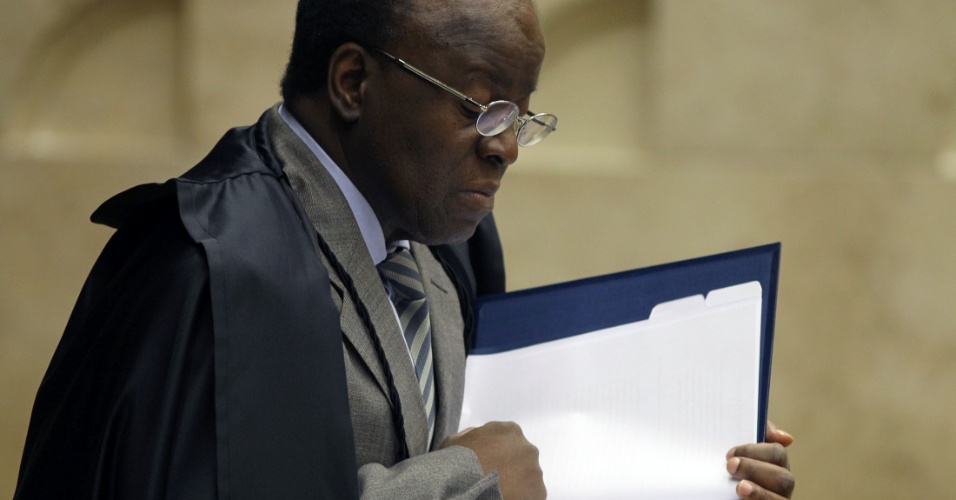 Joaquim Barbosa announced this Tuesday (May 8th) that he was stepping down from the presidential campaign for ‘strictly personal’ reasons.

Barbosa, Brazil’s first black president of the Supreme Court of Justice, is known for his steadfast anti-corruption stance and joined the Brazilian Socialist Party (PSB) in April, raising the party’s chance of a presidential bid.

“It’s decided,” he wrote on Twitter. “After many weeks of reflection, I have finally reached a conclusion. I do not intend to be a candidate for the president of the Republic. Decision strictly personal.”

The New York Times stated that he had already gained 10% popularity in a national poll, and had the potential to unite voters from both the left and right due to his socially progressive policies and his high-profile battle against corrupt politicians during his time at the Supreme Court.

Barbosa was the eldest of eight children and worked as a janitor in a courtroom before attending law school, where he was the only black student at the Universidade de Brasília. He worked at the Supreme court from 2003 to 2014, where he took part in trials against politicians accused of corruption.

Brazil’s political scene is predominantly male and white, and there has not been a single president in the history of the country who has bucked this trend. Black politician and human rights activist Marielle Franco was murdered on the streets of Rio in March causing worldwide outrage, again raising the contentious issue of race and minority rights in the country.

Barbosa stepping down amid the turmoil surrounding Brazil’s political elections means that the PSB will have to form a coalition with another party. This might increase the possibility of a victory for Jair Bolsano, the conservative candidate dubbed ‘Brazil’s Donald Trump,’ who Bloomberg reported was leading the popularity polls in April with 17%.

‘We Demand Justice for Marielle’: petition with 20,000 signatures presented to Inter-American Commission on Human Rights