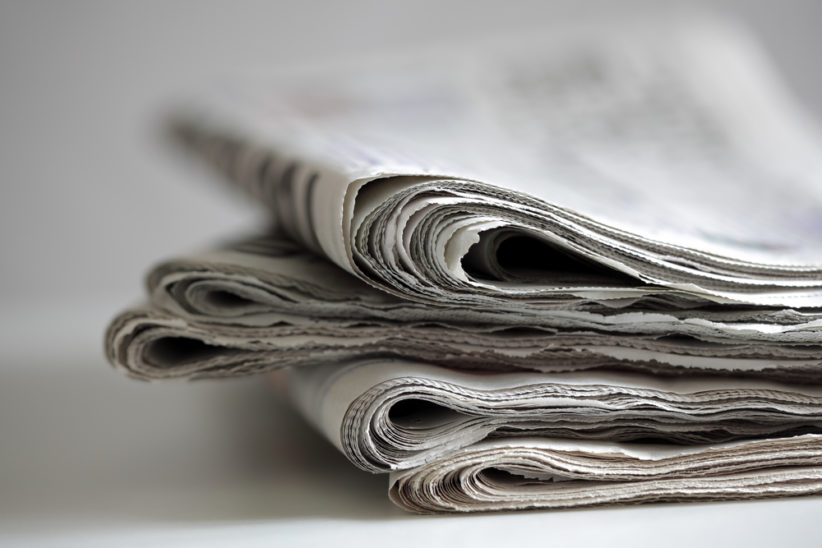 This Sunday, Brazilians will exercise their right to vote once more in the second and final round of this year’s general election.

National press coverage throughout the electoral build-up has, on the whole, generated some unfavourable reactions from the two remaining candidates. Recent scandals have seen Jair Bolsonaro denounce national newspaper Folha de S. Paulo for “censorship” and publishing “fake news.” Yesterday, in one of his most high-profile interviews before Sunday’s vote, rival candidate Fernando Haddad accused some Brazilian media – including its biggest newspaper O Globo – of glossing over Bolsonaro’s negative attributes.

From its globalised vantage point, however, international media has lent towards more leftist coverage of the electoral build-up. Speaking to Brazil Reports in a previous interview, political sciences university professor Carlos Serra echoed this observation.

Having focused heavily on the imprisonment of former top-ranked candidate Lula da Silva and the rejection of his appeal to take part in this year’s elections before they even started, most of the coverage by international media has since focused on his rival, Jair Bolsonaro. This is reflected in the editorials of many.

However, one major news outlet that has declared itself in favour of contentious candidate Jair Bolsonaro was the Wall Street Journal (WSJ).

On October 8, the traditionally more conservative-leaning US newspaper published an editorial  entitled “Brazilian Swamp Drainer,” questioning why Bolsonaro prompts so many “global progressives” to have “anxiety attacks” over his right-wing views and policies.

“Mr. Bolsonaro, who has spent 27 years in Congress, is best understood as a conservative populist who promises to make Brazil great for the first time,” the newspaper wrote.

Speaking of Bolsonaro’s rival PT candidate Fernando Haddad, WSJ likened his proposals to rewrite the constitution to a Venezuelan-style model, as well as his ideas for the military to those of socialist Hugo Chávez.

Fellow US newspaper the New York Times opposed the WSJ sentiment, beginning with the emphatic evaluation of Bolsonaro’s views as “repulsive.” “It is a sad day for democracy when disarray and disappointment drive voters to distraction and open the door to offensive, crude and thuggish populists,” the editorial board wrote.

UK press has taken a similar stance. The Guardian, for example, published an editorial at the start of this month entitled “democracy in danger.”

“The forces that gave rise to [Bolsonaro] will not vanish by themselves,” the British paper warned.

The Economist’s editorial board, on the other hand, was immediately explicit in its evaluation of Bolsonaro, labelling him a “menace” and predicting he would make a “disastrous president.”

“Instead of falling for the vain promises of a dangerous politician in the hope that he can solve all their problems, Brazilians should realise that the task of healing their democracy and reforming their economy will be neither easy nor quick… A lot more reform is needed. Mr Bolsonaro is not the man to provide it,” the editorial read.

Unlike the international press, however, most major Brazilian news outlets have understandably been less explicit in declaring their support for either candidate in the lead-up to this Sunday’s vote.

However, it isn’t just the opinions of columnists that have allowed national media to enter the grey zone of political partisanship throughout this election. Through choices in headlines and selective coverage, Brazilian newspapers have found their own ways of reminding readers of their political preference.

The country’s largest national newspaper O Globo, for example, has avoided an explicit declaration of support for right-wing candidate Bolsonaro, despite openly criticising his rival Haddad.

Despite O Globo’s recent denunciation of Bolsonaro, with claims in an editorial that he and his son were going “against democracy,” by criticising press freedom in Brazil, today, for instance, the newspaper’s choice of front page disparaged PT candidate Haddad for an error he made in an interview with the paper’s journalists yesterday.

In comparison, whether it be the through the explicitly pro-Bolsonaro and anti-PT views of Estadão columnist José Nêumanne Pinto, or Folha de S. Paulo journalist Patricia Campos-Mello’s breaking of the anti-PT Whatsapp scandal, other editorial lines are evident, but subtle.

According to the most recent IBOPE survey results, Bolsonaro is currently sitting on a 57% chance of winning Sunday’s presidential vote, with Haddad on 43%.