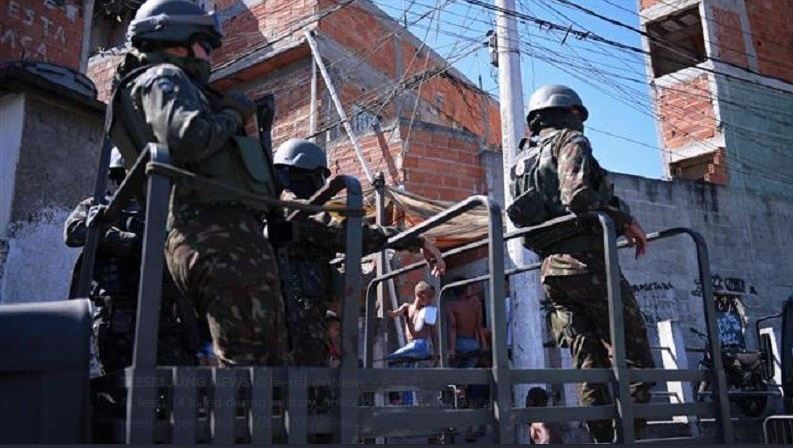 In a context of recent spikes in violence and homicide levels, military police operations in Rio’s Penha, Maré and Complexo do Alemão north zone favelas have resulted in violent clashes between police forces and residents. This time, however, three military policemen have died as a result.

Yesterday, August 22, thousands of military troops entered the three neighbourhoods as part of special security operations they have been assigned since President Michel Temer’s decision to deploy military forces at the start of the year.

This is not the first bloody military security operation the city has seen recently. In June, a police operation that took place in the communities of Maré saw a young teenage boy die as a result of gunshot wounds to the stomach, along with six others. Earlier that month, shootouts between police forces and favela residents also resulted in seven civilian deaths and a temporary closure of the cable car that transports tourists up to one of Rio’s major hotspots, Sugarloaf Mountain.

Although these recent operations are among the few to have resulted in military police deaths, all three incidents seem to have one common theme. Each have involved civilian accusations of human rights violations, holding military police forces accountable for the killings of civilians and leaving their bodies on the ground.

In the most recent operation, members of Rio’s Public Defenders human rights group visited the communities and listened to the allegations. Speaking to AP news agency, Pedro Strozenberg from Rio’s Public Defender’s Office detailed instances of crimes such as “entering homes (without a warrant), mistreatment and torture.” On top of this, he claimed that there were also allegations of homicides, deaths and the hiding of bodies in forests.

These, however, have not been confirmed.

Local newspaper Estadão, on the other hand, published comment from Brazil’s Eastern Military Command, who insisted there had been no change in Rio’s military police force security for these deaths to have occurred. “The result was caused by characteristics of the operational environment and the nature of the criminals’ actions,” the official told the paper.

Yesterday’s operation, which resulted in the deaths of three military policemen and five suspects, involved the seizure of of 624 kilogrammes of marijuana, 17 of hash and seven of cocaine. As well as the narcotics, 10 pistols, a rifle, two grenades and large quantities of ammunition were also found. 70 people were arrested.

Although military police officers are supposed to provide support for civil police forces in the security operations taking place in Rio’s favelas, some suspect that their involvement is becoming too powerful.

Initially intended to curb petty crime, military police forces were deployed throughout Brazil earlier this year. However, critics claim that the areas they tend to operate in correspond with the homes of some of the most marginalised members of Brazil’s population, creating grounds for unfair discrimination and targeting.

According to local news outlet G1, killings by military policemen increased by 39% from the beginning of January to July this year, despite their previous pledges to reduce killings by its officers by 20% by the end of 2018. 895 people died at the hands of both military and civil police forces during that time period.

Could the telehealth industry bridge the gap in Brazilian healthcare systems?