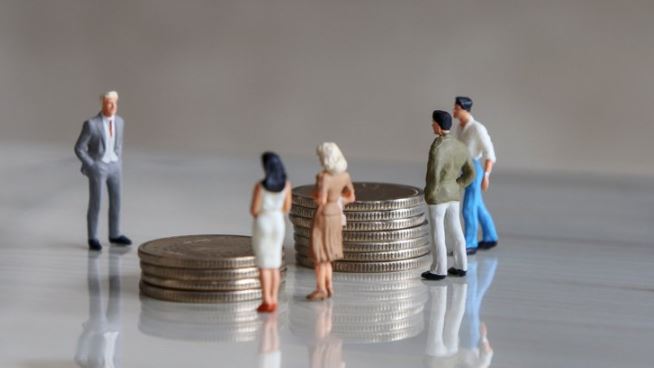 According to a 2017 Women’s entrepreneurship report, conducted by the Global Entrepreneurship Monitor (GEM), 163 million women were reported to have started their own businesses across 74 global economies, with 111 million said to be still running them.

Latin America has the highest rates of female early stage entrepreneurial activity, in comparison with continents such as the North America and Europe. For every 20 early-stage male entrepreneurs, there are 17 females involved in the LatAm startup scene.

In fact, Brazil is one of the three global economies in which women report equal or higher entrepreneurship rates than men, alongside Ecuador and Vietnam. A recent survey carried out by the Brazilian Support Service for Small and Micro Companies (Sebrae), in partnership with the Brazilian Institute of Quality and Productivity (IBQP) reveals that 15.4% of Brazilian women are entrepreneurs, compared to 12.6% of men.

Female-focused investment programmes run by companies such as Goldman Sachs, who ten years ago launched ‘10 000 women’, have donated more than $100 million, as well as business expertise, to women in countries such as Brazil, India and Nigeria. Since then, Brazil has made significant moves to defend women’s rights as entrepreneurs, which is one of the main reasons numbers of active female members of the country’s startup scene are still on the up.

A campaign launched last year by Forbes Brazil, entitled, ‘Forbes Women II,’ challenges the gender pay gap and questions whether some of the world’s most successful companies would have received the same amounts of funding if their CEOs had been women. The argument is posed using photoshopped images of male CEOs from some of the world’s most successful companies, such as Amazon, Ebay and Yahoo, presenting them as women.

In the below image, Jeff Bezos, Amazon’s founder, is pictured as a woman receiving a package from Ebay.

Although gendered wage discrepancies remain relatively high in Brazil, statistics predict that over 40% of families are financially led by women.

Brazil is not the only country in Latin America to have seen a flourishing female entrepreneurship scene develop. Brazil Reports spoke to the two female co-founders of Abartys Health, a healthtech startup based in Puerto Rico, which has recently raised $1.45 million in seed funding to be used in expanding across Latin America.

Female founders Dolmarie Mendez and Lauren Cascio have been recognised with regional awards for their contributions to Puerto Rican healthcare and its startup culture. They have been featured on both the Caribbean Business ‘40 under 40’ list and the Forbes ‘30 under 30’ in healthcare rankings. 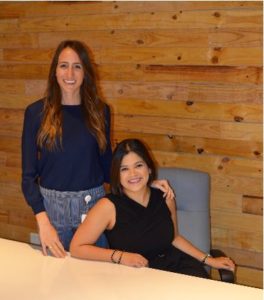 Speaking to Peru Reports, the co-founders explained one of the main obstacles they have faced in their path to becoming successful business women, “sometimes we are underestimated because we are women in tech, not only tech but healthcare, which is a very serious industry,” said Cascio.

When asked how to overcome these stereotypes, as well as how best to ensure that young females can follow their success in Puerto Rico’s vibrant tech startup scene, Cascio responded, “Strong education is key here. Entrepreneurship is a mindset, it is viral and it begins with early education and positive role models.”

Another hurdle they have faced is the fact that alongside their careers, they are both also single mothers.

When Brazil Reports asked if becoming mothers had affected their professional careers, both responded, “absolutely, it affects every part of your life. Becoming a mother teaches you to live for others.”

In fact, contrary to hindering their professional careers, which is more often than not the case, they believe that having children provided them with transferable skills that “translate well into entrepreneurship. You become more resourceful, empathetic, flexible, and resilient,” they said.

However, when it comes to maternity and paternity leave, Mendez and Cascio believe that there is still a long way to go: “the standard unpaid few weeks is not nearly enough time for a new addition to the family.”

In contrast to traditional companies, which according to Mendez and Cascio are “facing an uphill battle to achieve more flexible work environments,” the startup scene offers a healthy alternative for working mothers, as “small companies and startups offer unparalleled agility and flexibility,” they pointed out.

“We understand that our work and parental duties will often overlap,” they added. “It is common for us to work remotely, schedule calls and meetings while on vacation, and bring our kids into the office. It is rewarding to extend this flexibility throughout our organization; we believe this peace of mind is crucial to the well-being of the company and our families.”

With the official maternity leave terms usually sitting between four to six months in Brazil,  female Brazilian entrepreneur Luisa Ribeiro explained that the advantage of startups is that they “increase the number of women leaders by putting in place flexible working hours, prolonged maternity leave and the like.”

Such success stories set an impressive precedent for female entrepreneurs in Latin America. Thanks to the less rigid nature of startups, these young businesses provide the perfect opportunity for women to be successful both professionally and personally, which has, for many years, been more of a choice than a given.