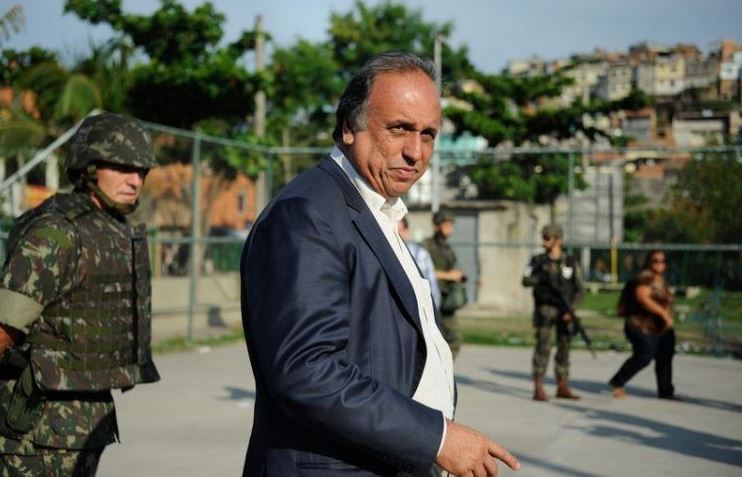 Federal prosecutors in Brazil have arrested Rio de Janeiro State Governor Luiz Fernando Pezão on charges of money laundering and corruption. Pezão was one of nine individuals arrested and had just over one month left of his mandate left.

The state governor himself stands accused of accepting bribes totalling around $25 million reais (around 11 million USD) during his tenure as deputy governor under the command of former Rio de Janeiro State Governor Sergio Cabral (2007-2015). Pezão allegedly received bribes of $150 reais per month for a period of seven years.

Cabral himself was arrested in 2016 as part of ongoing Car Wash corruption investigations and has been in prison ever since. The scheme he was accused of leading involved accepting millions of dollars in bribes from construction contracts, one of them linked to the 2014 World Cup.

The latest culprit, Mr. Pezão, who was arrested at his home at the governor’s palace in Laranjeiras (Rio de Janeiro) this morning, has denied accepting any illegal money.

Pezão is now the fourth governor to be arrested in connection with Lava Jato-based charges in recent years. He is, however, the only one to be arrested mid-mandate.

Operation Car Wash began in 2014 after rumours that directors of state-owned oil company Petrobras were accepting bribes from construction companies in exchange for issuing them contracts at inflated prices.

Now nearing the end of its fourth year, the investigations have gone on to become the biggest corruption scandal in South America’s recent history and have implicated the imprisonment of the likes of former Presidents such as Lula da Silva.

The former legal leader of the operation, Judge Sergio Moro, has recently been chosen to be Bolsonaro’s incoming Minister of Justice and Public Security.

For his part, the president-elect shared his thoughts on today’s activity with his social media following.

“All the support to the operation that is taking this country out of the hands of those who were destroying it!” tweeted Bolsonaro.

Brazil backs out of hosting 2019 UN climate change conference: a sign of foreboding?