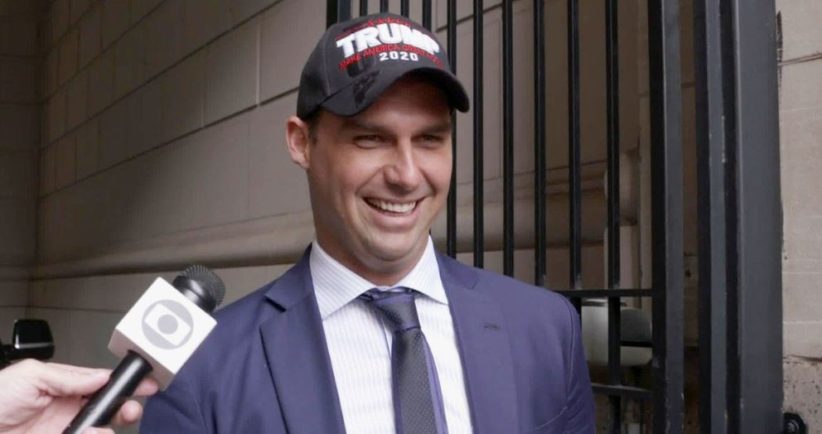 Brazilian president-elect Jair Bolsonaro’s son Eduardo Bolsonaro, who is also a member of the Brazilian Chamber of Deputies, has recently travelled to the US in a bid to strengthen ties with the country.

The trip itself was part of an attempt to “rescue Brazil’s credibility” in the USA, Eduardo told Donald Trump-friendly news outlet Fox News, whilst also speaking about the challenges that lay ahead for his father as president-elect of Brazil.

During the interview, Eduardo himself became part of the existing trend which involves making comparisons between the Brazilian leader-to-be and US President Trump.

“My father, like Trump, doesn’t follow political correct(ness),” he told his interviewer. “He tells people what he thinks. Whether you like it or not, it’s up to you. We are not the kind of politicians that will do everything to receive your vote.”

Among other promises, Eduardo told the US media outlet about Brazil’s plans to end a long spell of socialism, in exchange for a liberal economy.

“We are not going to be a socialist country anymore and we are really excited to be really close to the US,” Eduardo stated. “We would love to change the embassy of Brazil from Tel Aviv to Jerusalem in Israel and we are looking forward to not recognising the last election in Venezuela, where much more than 80% of people did not go out and vote.”

According to reports published by newspaper Folha de São Paulo, Eduardo also met with the new US Assistant Secretary of State for the Western Hemisphere, Kimberly Breier. Breier is responsible for US relations with Latin America, the Caribbean and Canada and commended President-elect Bolsonaro for the way he handled discussions surrounding the Mais Médicos programme.

On his way back to Brazil, Bolsonaro’s son also stopped off in Colombia, where he had the opportunity to meet the country’s President Iván Duque.

Shortly after, he posted a photo of the encounter of the two leaders on Twitter, along with the following caption:

“I had a friendly conversation with Iván Duque with whom I was able to express vision about problems in Latin America on which Brazil and Colombia can collaborate.”

Brazilian truckers plan second round of strikes via WhatsApp

Poverty in Brazil has risen dramatically in 2018