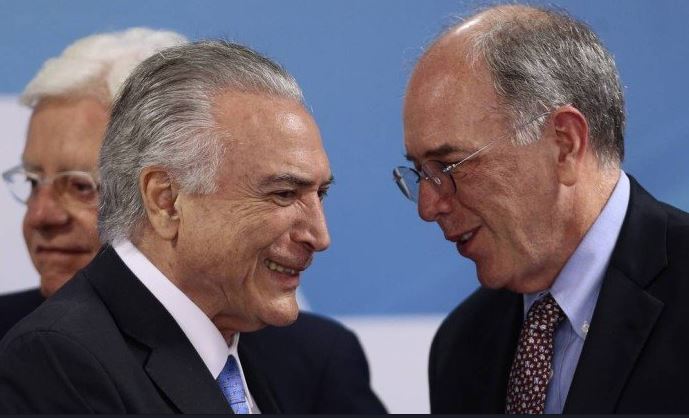 Brazilian lorry drivers had only recently stopped striking over surging diesel prices, with protests crippling the entire country for over a week, when on 30th May, oil workers began a 72-hour walk-out on rigs and refineries.

Although President Michel Temer’s government used force to intervene in the truckers’ strike, compromised on some of the lorry drivers’ demands and temporarily reduced the price of diesel by 10%, oil workers felt the need to articulate their concerns too.

Gustavo Marseoli, from the Oil Workers’ union, told news source Al Jazeera that the oil workers were striking to “support the truckers” and to “oppose the possible privatisation of Petrobras.” At least 25 out of the 46 rigs in the Campos basin, responsible for over half of Brazil’s oil production, were affected. The strike was declared illegal by the Brazilian government.

In a letter to President Temer announcing his resignation, cited in O GLOBO, the former CEO who had spent two years as head of the company wrote, “Given this situation, it has become clear that my remaining as CEO of Petrobras has stopped being positive and will not contribute to the alternatives that the government must consider going forward.”

Parente also spoke of the recent lorry drivers’ strike in his letter, “The truckers’ strike and its serious consequences for the life of the country triggered an intense and sometimes emotional debate about the origins of this crisis, and brought Petrobras’ price politics into intense interrogation.”

US shares in Petrobras are currently down 24%, as well as 16% in São Paulo, say the Financial Times, who also reported that the Brazilian real has weakened against the dollar, which has risen by 0.53%.

The oil firm have yet to publish anything via their Twitter account but reportedly plan to meet at 4pm today to establish an interim president.

Senior presidential sources reporting to Reuters have said that Parente’s departure was unexpected.

So far, the first major politician to comment on the resignation has been ex-President of Brazil’s Câmara dos Deputados Rodrigo Maia, who is also a candidate for this year’s presidential election. Talking to O GLOBO, he said that Parente was doing “a great job” and that now the situation looks “bad for Brazil.”