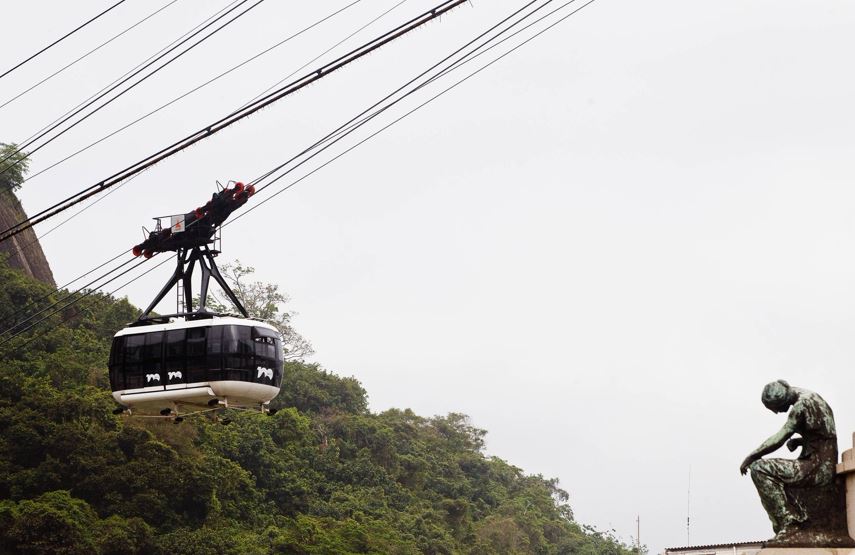 Intense conflict between drug trafficking gangs and Military Police in the areas of Urca and Leme, located in Rio de Janeiro’s South Zone, has resulted in seven deaths, along with the temporary closure of one of Rio’s main tourist attractions.

The cable car that transports visitors up to Sugarloaf Mountain was closed for around 2 hours on Friday 8th June, in the interests of “public security,” leaving groups of around 100 tourists stranded at the top of the mountain, a move that has never happened in the history of its operation.

The shootout also meant that Rio’s local airport, Santos Dumont, which operates near the region of Urca, was closed for 15 minutes. Nevertheless, officials confirmed that the closure did not disrupt flight activity.

The shots began in the afternoon of Friday 8th June and continued into the following day. A Military Police battalion, Batalhão de Choque, was sent into Leme’s favelas Babilônia and Chapéu-Mangueira to seek out members of drug trafficking groups who control the favela.

The majority of the operation took place in the wooded areas that separate Leme from Urca, with most of the bodies being found by rescue firemen in the shores of Praia Vermelha, which sits just below Sugarloaf Mountain in Urca.

A seventh dead body was found yesterday, Sunday 10th June. A military policeman was also wounded in the confrontation, suffering shrapnel wounds to his leg due to a grenade.

One suspect, who was captured on video trying to flee by descending the sheer rock face, was eventually arrested. Six rifles were found in the operation and seized.

Two of the corpses found, 27-year-olds Daniel Duarte and Natan Isaac Sousa Santos, have already been identified by the police as members of criminal organisations.

Although some family members admitted their dead relatives belonged to drug trafficking groups, speaking to Brazilian news outlet G1, they claimed that military policemen had been the ones to assassinate them. “They caught the boys…shot them in the head and threw them off the top of the rock,” claimed an anonymous victim’s mother. “Rio’s police force massacred our family members,” she said.

When contacted by G1, members of the military police force made no comment on the family members’ accusations.

The Homicide Division of Rio’s Civil Police Force will now conduct an investigation into whether the dead bodies are part of the group that took part in Friday’s shootout with Military Police. According to forensics, all of the dead bodies had gunshot wounds and five were dressed in camouflage.

Local reporters say the conflict between drug trafficking groups and military police in the  Babilônia and Chapéu-Mangueira favelas has been going on for weeks.

President Temer made the decision in February to employ military police forces to curb violence involving criminal gangs. However, with the recent murder of military police force critic and Rio councilwoman Marielle Franco still fresh in Brazil’s memory, those opposed to the forces have received a stark reminder of the tragic consequences of speaking out.

Walmart Sells 80% of its Brazilian Stakes to Advent International