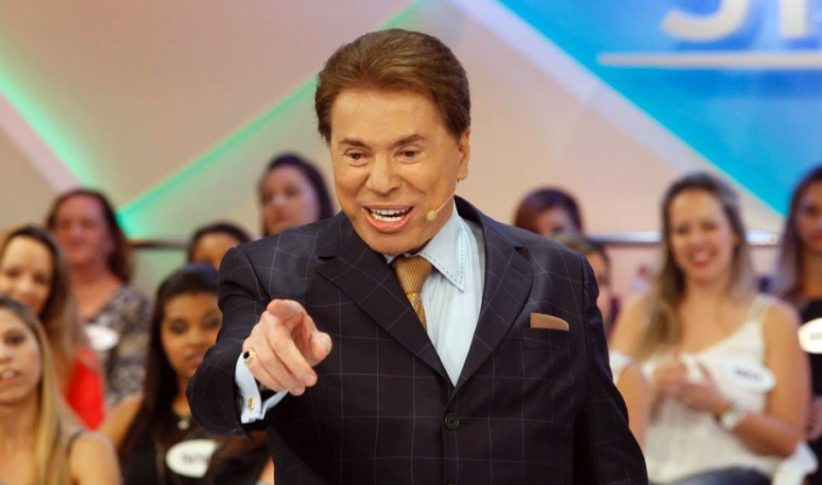 87-year-old Brazilian TV presenter and businessman Silvio Santos has caused outrage over remarks he made to Brazilian pop star Claudia Leitte during a telethon last week to raise money for disabled children.

One of Brazil’s most famous media personalities, Santos has held his own TV show ‘Programa Silvio Santos’ since 1963, making it the second-oldest programme on Brazilian television. He is also the owner of a holding named ‘Grupo Silvio Santos’ that includes Sistema Brasileiro de Televisão (SBT), the second-largest TV network in the country.

The self-made billionaire – who begun his career as a street seller – was hosting the annual Teleton, broadcast on SBT since 1998, when his interaction with singer Leitte took a different tone.

Both Leitte and the audience were left open-mouthed when her request for a hug generated a vulgar response from the presenter live on air.

“This business of giving hugs makes me excited,” he said, as the singer held out her arms in request for a hug.

Dumbfounded, Leitte questioned, “In the happy sense of the word, no? [Excited] from joy, euphoria?”

“No, not euphoria,” Santos replied, laughing, “I mean arousal.”

“Seeing you how you are, it’s all very well, we applaud you as an artist, we admire you as a woman. But the way in which you are presenting yourself….makes people want to get up out of their seats, go out for some beers and then….seek comfort,” he added, provoking uncomfortable laughter from the studio audience and a grimace from Leitte.

Referring to her outfit change mid-way through the set, Silvio commented, “You are no longer a pretty little blonde. Now you are a sexy, provocative woman.”

Since the exchange, SBT has received countless requests from viewers calling for Santos to be stripped of his rights to present live television.

Although lost for words at the time, Leitte followed up from the incident with a post on Instagram explaining her thoughts.

“Yes, I did feel embarrassed!” she wrote. “When we go through episodes like this, we see examples of what happens to many women every day, in many places. This is unstoppable, cruel, it hurts us and makes us scared. Teasing comes disguised as a joke, and people laugh because they are used to it, it seems normal!”

“We learnt to avoid ourselves. We make exceptions because we were taught to. But, we are the ones who are victims!” Leitte claimed.

“As a singer, aware of the role and responsibility I have, I felt that I needed to tell you this, my fans and everyone else, especially women who suffer every day out of the public eye.”

Later on, Santos’ daughter Daniela Beyruti also used social media to hit back at the accusations against her father.

“Would a noble, hard-working, super-dad, grandfather, great grandfather, loving husband, work colleague, decade-long media communicator and person who has always spread good things, really assault a woman in front of his wife and daughters, or was he just doing his job as a presenter making a joke on stage with another artist?” she questioned.

“I miss the TV of the old days. Filled with lots of joking and little constraint,” she added.

Speaking to UK newspaper The Guardian about the incident, socialist and human rights director at Brazilian human rights NGO CEPIA, Jacqueline Pitanguy said, “Silvio Santos represents a patriarchal culture, a sexist culture.” “It is clearly a case of sexual harassment,” she added.

Santos, who even tried to run for president in 1989, is well-known for his brash remarks on live television, having previously declined to dance with Brazilian pop sensation Anitta because he claimed it would sexually arouse him.

The TV presenter continues to refuse to comment on the incident and is yet to apologise to Leitte.

Although President-elect Jair Bolsonaro, also famed for misogynistic comments he has made in the past, has too declined to comment, he phoned into the Teleton after the incident claiming that he was a big fan.