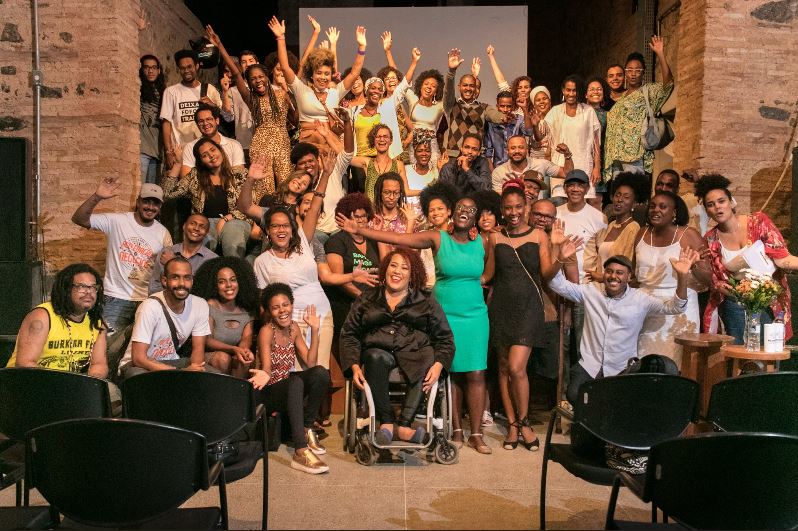 Salvador, Bahia is unique to the rest of Brazil. Before the cities of Brasilia and Rio de Janeiro, it was the country’s first capital and the home of the first Portuguese settlers back in the 16th century. For around 300 years, Salvador served as the hub of the Brazilian slave trade, marking its culture, identity and demographics in an unparalleled way that is still visible to this day.

Baianos are known for being particularly proud of their African heritage and the region remains famous for traditions such as capoeira, originally a form of dance invented by slaves and famously banned, causing it to be cleverly disguised as a martial art to ensure its survival. Salvador is also the hometown of a wide variety of musical genres such as samba reggae, axé, tropicália and many other artistic movements.

However, given its colonial past, racism continues to be inherently built into the city’s culture, whose population consists of 85% non-whites. Inspired by strategies such as Marcus Garvey’s ‘Black Money’, which helped to form a black middle class in the USA, Brazilian social entrepreneurs Rosenildo Ferreira, Paulo Rogério Nunes, Ítala Herta and Hélio Santos co-founded Vale do Dendê, an accelerator and consultancy for startups run by black entrepreneurs in the city of Salvador.

Its name, Vale do Dendê, is a play on words inspired by Silicon Valley, vale in Portuguese. Dendê, meaning palm oil, is a staple ingredient in Afro-Brazilian cuisine and has an important historical significance for the city as its origins date back to colonial times. In fact, dendê infiltrates way beyond the gastronomy of the city, into the arts, religion and beyond.

Brazil Reports spoke to Ferreira about Afro-Brazilian identity, racial attitudes in the city of Salvador and the role Vale do Dendê plays within social entrepreneurship in Brazil.

“I usually say that I’ve had a relatively easy ride,” Ferreria said when asked to describe his experience growing up as an Afro-Brazilian.

“I don’t have a big story of racism to tell,” he continued. “My family was poor, but with time my father managed to restart his studies and graduated with a literature degree… and my mother was a seamstress. My brother and I had access to good quality education. But this did not mean to say that we had an easy life… [We] started to work early, aged 16, as apprentices. The fact that we were black men always put us as prime targets in police action magazines in public places, for example.”

Ferreira began his career as a journalist and spent the majority of his working life in Brasília before moving to São Paulo in order to pursue jobs at other newspapers. 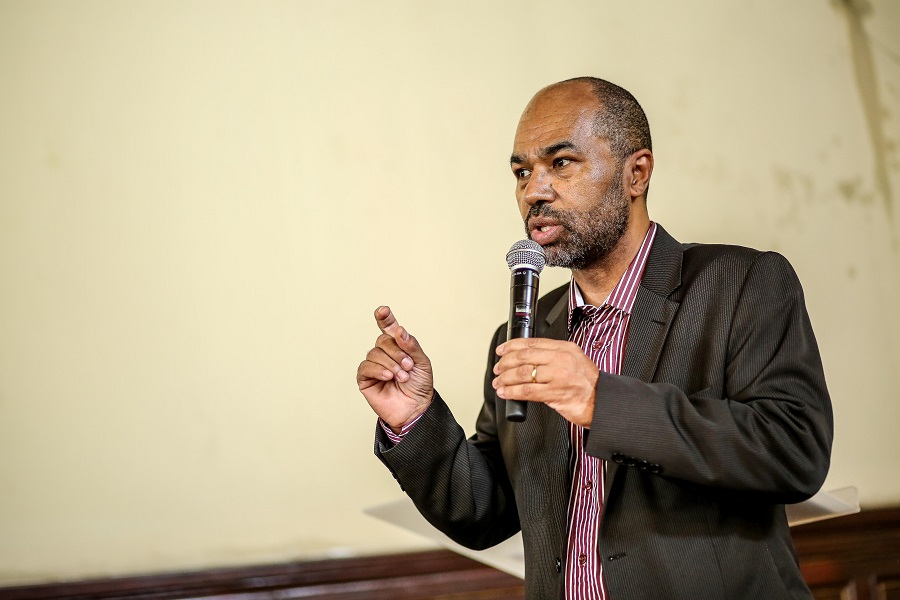 Throughout his career, Ferreira noted how racism finds itself institutionalised in the Brazilian workplace, which at times made him wonder whether it might have been easier if he wasn’t black.

“People normally say that black people constantly have to prove that they belong to the place where they are and to the job they work in. This is not a myth. In some ways, structural racism invented a series of “non-places” for us,” described Ferreira.

“In the newspapers I have worked in, on the international trips I’ve been on and in the places I usually go, to this day, I am almost always the only black person. This puts me in a position where I have to have to be alert at all times,” he claimed.

“When I enrolled in the journalism faculty, (at the time I was working as a typist) my work colleagues would say to me, ‘You’re throwing money away, black journalists don’t exist!’”

“We live a stressful day-to-day life because, in some ways, society links our failures to the colour of our skin,” Ferreira explained. “The blacker we are, (incorrectly, obviously) the person is believed to be less capable!”

“Over the last 20 years, due to having lived in middle-class areas there is always the problem that people think I’m an employee of the building and not someone who lives there. Basically, I live with daily racism and it is not always discreet, which is what is most detrimental because we end up feeling like strangers in our own country.”

Having lived a life of discrimination because of the colour of his skin, Ferreira was naturally brought up with a strong social conscience, which encouraged him to get involved with projects that gave a voice to Brazil’s marginalised populations.

“Having a social conscience is almost an obligation for those born in an unequal country such as Brazil. When you are black, this is even stronger,” he explained.

“However, it is not as easy as transforming indignation at racism, social stereotypes or with demophobia (fear of crowds) that classifies the powerful who are disgusted by the poor, in a platform of fight or struggle. It’s easier to make yourself comfortable. At the end of the day, in Brazil the system of racism and power maintenance is in the hands of 30% of the population and it is very well developed. It is a daily massacre that stems from invisibility (in the TV, newspapers, power centres etc.) and undeclared apartheid to which white people are not subjected.”

“The birth of my daughter, Helen, was what made me realise I wanted to be an entrepreneur, after 30 years as a journalist. My route to becoming a social entrepreneur started in 2001, when I signed up to be a voluntary teacher of current affairs, ethics and human rights at a school based in a favela in São Paulo’s West Zone, where I taught for 12 years. Wrapped up in this cycle, I saw that by only helping other people I would not be able to make Brazil a fairer place, nor effectively contribute to the fight against racism.”

It was this frustration that inspired Ferreira to become more actively involved. So, on a trip to Salvador in 2015, when he was introduced to publicist and entrepreneur Paulo Rogério Nunes, the two began to think of ways they could help Afro-Brazilian social enterprises.

“Vale do Dendê just helps to ‘organise’ and ‘give direction’ to the innovative startups and businesses that already exist in the territory… Our job is to give visibility (national and international media coverage), guarantee training (through mentoring sessions) and also promote the enrichment of an ecosystem that already exists,” Ferreira said, explaining the accelerator’s role within the city’s economy.

“Anyone who lives on the outskirts of town, whether it be Salvador or any other Brazilian city, already has entrepreneurship built into their DNA. At the end of the day, they are normally at the edge of the formal labour market, thanks to institutional racism that gives blacks a supporting role in a country where they represent 54% of the population. Therefore, our work is immensely important in the sense that it opens doors, expands horizons and builds bridges between the suburbs and rest of the city, region, country and world, for the innovation sprouting from the outskirts of Salvador.

“The creative potential already exists. What doesn’t exist is the protagonism of those who produce this innovation, and this is the principal role of Vale do Dendê – putting young people, especially women, on the front line of the city’s development.

“Salvador has an archive of innovation and an ingenuity that most cities in the world would be jealous of, ” Ferreira pointed out, hinting at optimistic prospects for the future. “It has a working class that could go far beyond the success we have today. We know what to do and we are prepared to find the best businesses, wherever they may be, to help us build new branding for the city of Salvador.”

“From there, our goal is to use this experience to strengthen black communities in Brazil and Latin America.”

“Salvador is the blackest city outside of Africa,” highlighted Ferreira. “This guarantees our unique appeal in the eyes of African diasporas spread all over the world. In this context, the city will become a big laboratory of technology for social impact businesses that we will develop, co-create and apply, in order to later offer to the rest of the world.”