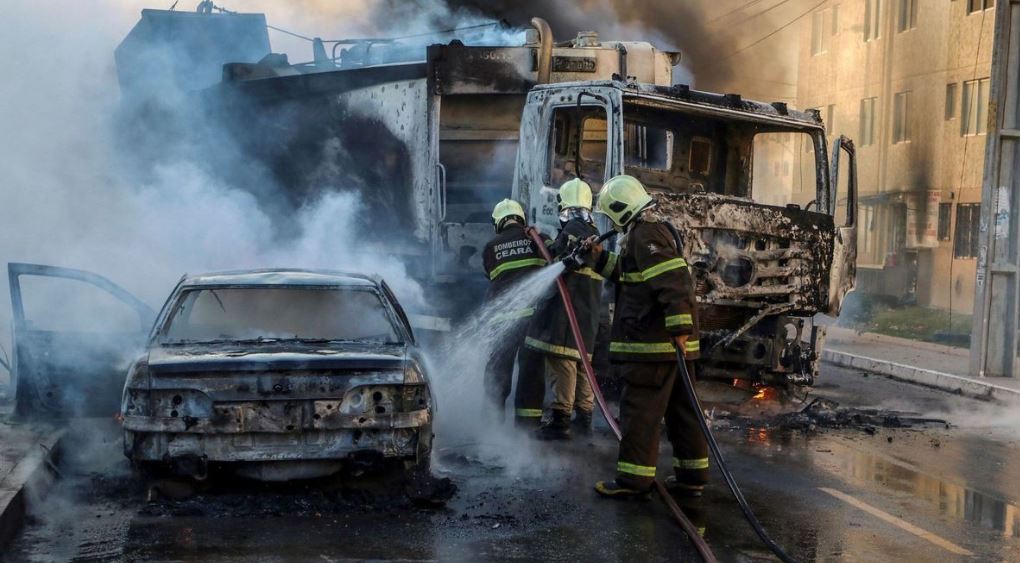 The north-eastern city of Fortaleza is now entering an eighth day of violent attacks that have brought the city to its knees, thought to be being ordered by gang members from within prison.

In fact, violence has been taking place all over the state of Ceará, which has seen over 160 incidences across 39 cities; including bombings, scorched vehicles, attacks on shops, banks and even against police in recent days.

According to reports from local security forces, published by news agency Reuters, reasoning behind the series of attacks has been put down to changes in Bolsonaro’s security strategy.

Originally, when it came to dealing with the imprisonment of Brazil’s criminal gang members, tactics would involve splitting the prisoners across several different prisons within the country so that they weren’t all in the same place.

However, as pointed out in a previous interview with Brazil Reports, Insight Crime’s Mike LaSusa highlighted that instead of weakening the criminals, “the government actually consolidated the organisation’s strength. As a result, an in-house criminal network was created across Brazil that operates using mobile phones and paying off prison guards.”

Realising this, Bolsonaro now plans to undercut the power of these criminals by sending them to random prisons across the country. In retaliation, gangs with links to narcotrafficking have decided to fight back, this time involving innocent members of the public.

“The situation is tense,” taxi driver Weverton Barbosa told Reuters. “We’re scared, because we don’t know what’s coming, and it could get worse.”

The violence has put new Public Security and Justice Minister Sérgio Moro to the ultimate test in his first weeks of administration. The former lawyer and ex-head judge of the Operation Car Wash corruption investigation has, up until now, not dealt with such challenges in his career.

According to reports by The Guardian, a total of 500 national guard troops have now been deployed to the area. The states of Espírito Santo and Pará are now also seeking federal backup, reports O Globo.

So far, three suspects are reported to have been killed in shootouts with the police and 185 individuals have so far been arrested in connection with the attacks.

The precarity of the current situation serves to highlight the challenges that lie ahead for Bolsonaro, who has now become president of a country with a huge public security problem, and where almost 64,000 people died under violent circumstances in 2017.