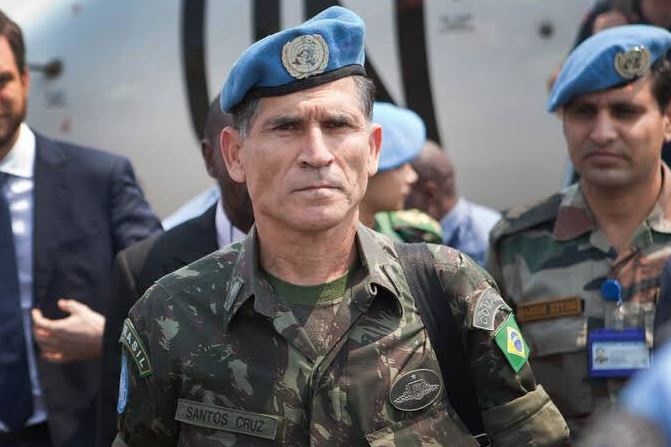 Former military officer Jair Bolsonaro has always been characterised by his nostalgia for the era during which military dictatorship controlled Brazil.

Since his election, his army-style ideology that was evident throughout his presidential campaign has also been reflected in his appointment of cabinet ministers, as many of them have turned out to be former army generals.

The latest appointment, announced today via Twitter, involves military officer Carlos Alberto dos Santos Cruz, who has been assigned the position of Secretary of State.

Dos Santos Cruz previously held the post of Force Commander of the United Nations peacekeeping force in both the Republic of Congo and Haiti.

The current profiles of ex-military ministers that have already been appointed include those of Defence Minister General Azevedo e Silva, new minister of Science and Technology Air Force Lieutenant Colonel Marcos Pontes, as well as General Augusto Heleno, his future defence minister.

Another of today’s ministerial appointments included Tarcísio Gomes de Freitas as Minister of Infrastructure, former director of Brazil’s National Department of Transport, also trained by the Military Institute of Engineering.

As Bolsonaro travels to Brasilia again to work on plans for his transitional government, incoming Minister of Justice Sergio Moro has just announced his plans to create a secretariat of police operations coordinating all of Brazil’s state and federal police forces, as part of an effort to curb violence across the country.

Bolsonaro’s plans to significantly reduce the number of members of his government cabinet are gradually becoming a reality. However, the original target of 16 ministers has already been stretched to 20.

So far, there is still only one female member in his cabinet, Agriculture Minister Tereza Cristina.