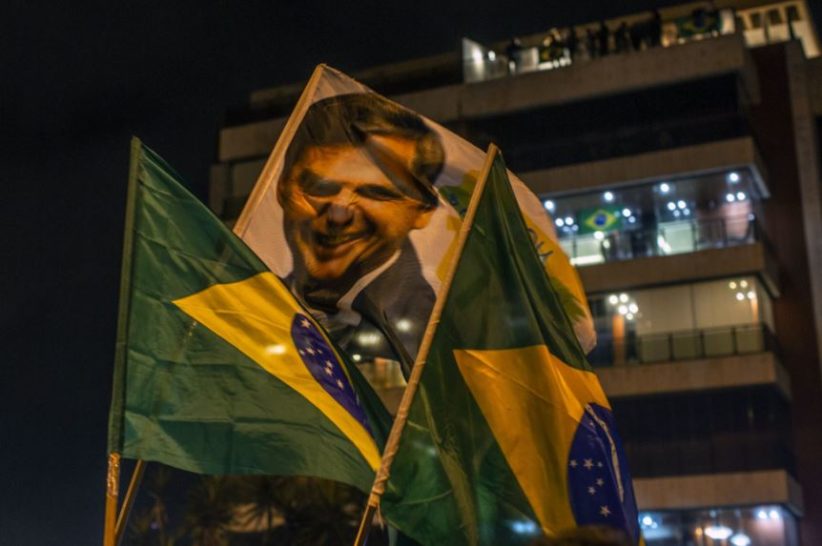 President-elect Jair Bolsonaro’s government cabinet is growing fast. Due to take office on January 1, six ministers have already been confirmed.

Standing by his side on the eve of his electoral victory was his vice president and former military general Hamilton Mourão, who will continue to serve as Bolsonaro’s right-hand man throughout his presidency.

So far, the chosen few include definite choice Paulo Guedes as finance minister, who was delegated the role even before self-confessed economically uninformed Bolsonaro even won the election.

Sticking to his preference for former army members and nostalgia for the country’s military dictatorship era, Bolsonaro’s minister of defence and institutional security is also a retired army general, Augusto Heleno.

When it comes to the ministry of science and technology, ex-Brazilian Air Force pilot and the country’s first Brazilian to make it into space, Marco Pontes, has been called to step up to the challenge.

Bolsonaro’s Chief of Staff has also been named as assemblyman Onyx Lorenzoni.

Two cabinet decisions, however, have generated more controversy than others, each for very different reasons.

The first wave of controversy was generated when rumours that Bolsonaro planned to appoint the judge who imprisoned ex-president and former PT leader Lula da Silva on corruption charges related to the Operation Car Wash investigation, were proven to be true.

Sérgio Moro is now set to be the future minister of justice and public security, ending a lengthy non-partisan legal career to join politics.

The latest talking point, however, revolves around Bolsonaro’s most recent appointment to the cabinet. On Tuesday November 6, the first female cabinet minister was announced.

At the age of 64, agricultural engineer and businesswoman Tereza Cristina was confirmed as agricultural minister, a role that Bolsonaro has emphasised is not to be confused with that of environment minister. A fierce defender of regulation which allows for a more flexible use of pesticides – a problem Human Rights Watch recently deemed to pose unprecedented health risks for the population – Cristina’s agricultural ideas for the nation are set to be polemic.

As the first woman to be announced, her appointment also silenced rumours that Bolsonaro’s cabinet might not feature any female presence at all, along with fears that his government might match up to the misogyny of comments he has made in the past.

Current outgoing President Michel Temer received widespread criticism for the lack of female ministers and non-white ministers when he first announced his cabinet upon assuming the presidency in 2016.

Amidst rumours that the president-elect was experiencing difficulties choosing, Bolsonaro’s next selection of cabinet members will include the appointments for ministers of health and education, as well as foreign affairs. When questioned by journalists today over whether the latter was set to be male or female, the president-elect gave an ironic response, “they could be gay too.”

The likely favourite is former Brazilian Consul General to the United States José Alfredo Graça Lima, whose experience in foreign commerce and time spent in New York and Los Angeles is expected to be of good use.