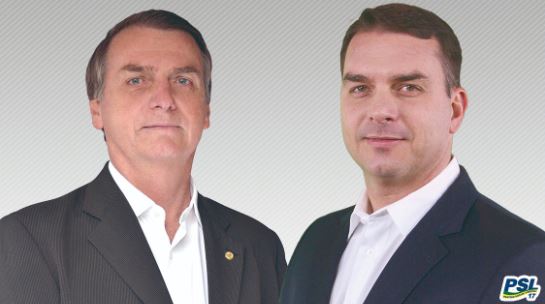 Bolsonaro’s son proceeded to tweet about his experience with Whatsapp, claiming it had come “FROM NOWHERE” and “with no explanation,” accusing Brazilian national Folha de São Paulo, who broke the scandal, of publishing “fake news.”

“There are no limits to this persecution…I demand an official response from the platform,” he tweeted.

Flávio Bolsonaro then followed up with another tweet confirming that his Whatsapp account had been unblocked, “but with no clear explanation as to why the censorship took place.”

News of the Whatsapp scandal caused Bolsonaro’s rival candidate Fernando Haddad to file for the removal of his candidacy on grounds of electoral fraud, abuse of economic resources and illicit use of media communication channels, labelling it a “defamation campaign.”

Accusing Folha journalist Patricia Campos Mello of publishing “fake news,” candidate Bolsonaro has since spoken about freedom of the press, which he believes to be an “important issue.”

“There can’t be censorship in this area,” he told news outlet G1, explaining how Whatsapp had limited the amount of people a message could be sent to before the elections began. Speaking to The Guardian, representatives from the social network have assured the newspaper they are “taking immediate legal action to stop companies from sending bulk messages on WhatsApp and have already banned accounts associated with those companies.”