Brazilians unite in defense of democracy and against Bolsonaro threats 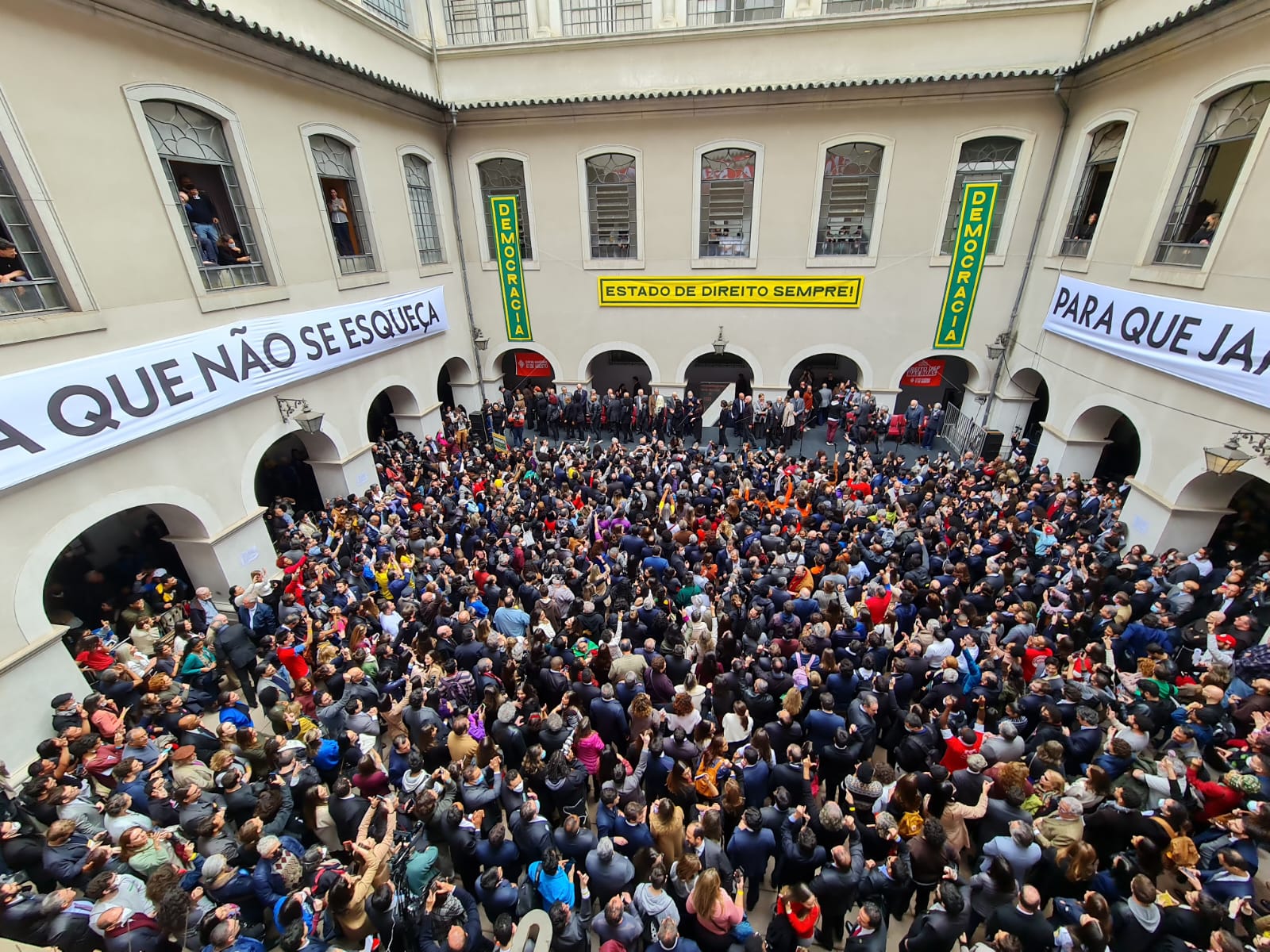 More than one million Brazilians have signed an open letter in defense of democracy amid fears that President Jair Bolsonaro may not relinquish control if he loses the election in October.

Last Thursday, the letter was read aloud at the University of São Paulo (USP) law school, one of the most important in the country, by three USP professors and a former minister of the Superior Military Court.

The deadline for signing the letter ended on Monday. The document, signed by 1,083,435 Brazilians, which includes businessmen, bankers, lawyers, politicians, and artists, called on the government to defend the democratic state of law.

“Our elections, with the electronic counting process, have served as an example in the world. We had several alternations of power regarding the results of the polls and the republican transition of government. The electronic voting machines proved to be safe and reliable, as well as the Electoral Justice,” read the letter.

The document also warned that Brazil’s democracy is under threat.

“Unfounded attacks, unaccompanied by evidence, question the fairness of the electoral process and the democratic rule of law so hard won by Brazilian society,” the letter read. “Threats to other powers and sectors of civil society and the incitement to violence and the breakdown of the constitutional order are intolerable.”

The authors were also fearful that Mr. Bolsonaro’s rhetoric, which has questioned the validity of the upcoming elections, could spark a similar scenario to that of January 6 in the United States, when supporters of President Donald Trump stormed the U.S. Capitol under the false belief that the elections had been stolen.

Bolsonaro’s response mocks the letter and its movement

Following the reading of the letter, which was accompanied by mass pro-democracy protests in cities across Brazil, the President took to Twitter to say that the most “important act in favor of Brazil” that occured on Thursday was a new reduction in the price of diesel fuel.

He referred to the document signed by more than 1 million as the “little letter” in an attempt to diminish its importance.

The President’s Chief of Staff, Ciro Nogueira, said that “democracy is what should exist in countries like Venezuela and Cuba, which some ‘democrats’ in Brazil support”.

“Long live Brazil’s democracy. Long live the democrat Jair Bolsonaro. The letter that guarantees our democracy is only one: the Constitution,” said Nogueira.

The senator and the president’s son, Flávio Bolsonaro, also downplayed the movement: “Bolsonaro defends democracy according to the Constitution, but the media wants to convince you that Lula’s letter is better.”

Historical significance of the open letter

The reading of the letter defending democracy recalls a similar pivotal moment in Brazil 45 years ago when the country was under the rule of its military dictatorship.

In 1977, at the same University of São Paulo law school, one of Brazil’s most prominent lawyers and jurists, Goffredo da Silva Telles Júnior, delivered a letter which called out the illegitimacy of military rule.

Since the end of the military dictatorship and the promulgation of the current Constitution in the late 1980s, Brazil has not seen such a large mobilization of people in defense of its democracy.

That is, until last Thursday.