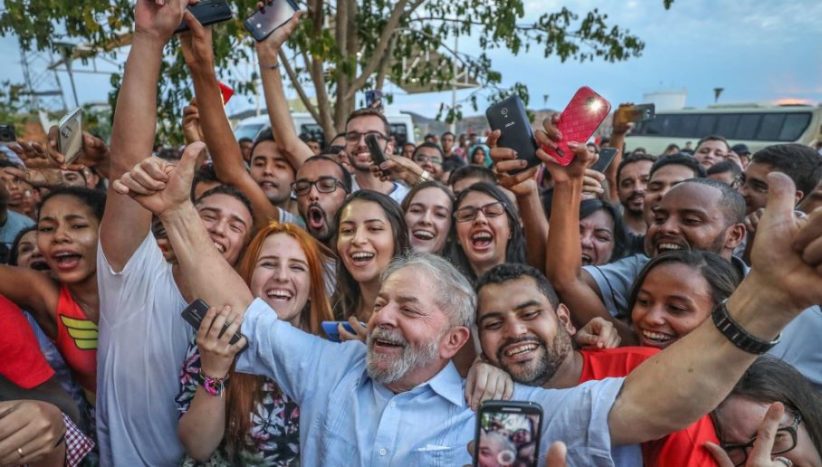 Claiming that Bolsonaro’s appointment of Judge Moro constitutes developments in the case that led to his imprisonment, lawyers of the former president and PT leader have filed a new habeas corpus appeal against what they believe to be his unlawful prison sentence.

In the legal document submitted to the STF, the ex-president’s representatives allude to the fact that the recent appointment of Moro to Bolsonaro’s political cabinet is based on bias and is connected to Lula’s imprisonment, as well as to Bolsonaro’s presidential victory itself.

“It is obvious that all these illegal scenarios and grievances practised by Judge Sérgio Moro against ex-President Lula had the potential to alter the result of the recent presidential elections,” reads his habeas corpus. “Up until 11/09/2018 Lula had a clear lead in all of the opinion surveys. Who benefitted  – at least at the start – from this situation? The president-elect, mainly.”

The request for habeas corpus is based around two events that occurred throughout Bolsonaro’s political campaign, the first being a declaration from army general Hamilton Mourão (Bolsonaro’s Vice President) that judge Moro was invited to join the cabinet whilst the electoral campaign was taking place.

Another point of suspicion involves Moro’s freeing of ex-minister Antonio Palocci, Lula’s former colleague and now rival, just six days before the first electoral vote. Palocci was also sentenced to imprisonment in 2017 by Moro on grounds of corruption.

Lula’s prison sentence for corruption was extended to 12 years at the start of 2018 and the former leader was imprisoned in Curitiba in April.

Defence lawyers acting on Lula’s behalf will ask for the new minister of justice to be investigated and for imprisoned Lula to be freed.

Having been contacted by Brazilian news outlet Veja, the Federal Justice press secretary confirmed that Moro will not protest the latest request for habeas corpus.